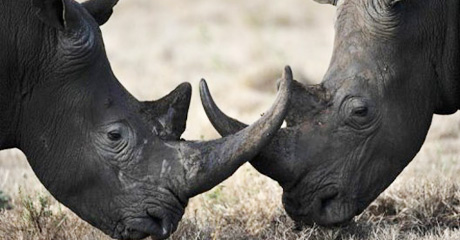 VANCOUVER: A Vancouver-area antiques dealer has pleaded guilty in an American court to attempting to smuggle items such as rhinoceros horns into Canada.

The U.S. Department of Justice says Tony Guan who is from Richmond, B.C., entered a guilty plea in a New York City court to one count of attempted smuggling.

The 39-year-old was arrested in March of this year as part of a crackdown on illegal rhino horn smuggling.

A Department of Justice news release says Guan travelled to New York and bought two endangered black rhinoceros horns from undercover agents and then mailed them to Point Roberts, Wash., located just across the border south of Vancouver.

Guan admitted in his plea that he and others acting under his direction have smuggled more than $400,000 in rhino horns and sculptures made from elephant ivory and coral.

The offence carries a maximum sentence of 10 years in prison, and a sentencing hearing is set for March.