Victoria: British Columbia is sending 142 athletes with a connection to B.C., making up 45% of Team Canada, to the Rio 2016 Olympic Games.

These local athletes, who have been living and training in B.C., will take part in 18 sports with the majority competing in athletics, rowing and swimming.

Of the 142 athletes, 68 of them have a hometown in British Columbia and 128 are training in B.C. or receiving support services from either Canadian Sport Institute (CSI) Pacific or PacificSport centres.

The B.C. contingent in Brazil will also include 23 coaches, 12 CSI Pacific sport scientists and 11 medical practitioners with a connection to the province.

Since 2001, the Government of British Columbia has invested more t 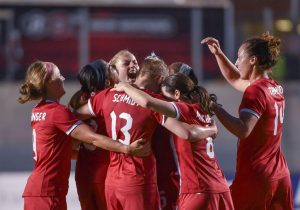 han $1 billion in sport. This support includes funding for B.C.’s provincial sport organizations that are instrumental in providing training and development for athletes and coaches on the high-performance pathway as they progress from provincial competitions to national development programs and national teams.

“Every two years, the world comes together to celebrate athletes competing in the Olympic Summer and Winter Games. In B.C., we’re fortunate to have some of the best athletes and training facilities in the country to ensure they can compete with the best in the world. Congratulations to our athletes representing Canada this summer and, on behalf of all British Columbians, good luck,” said Christy Clark, Premier of British Columbia.