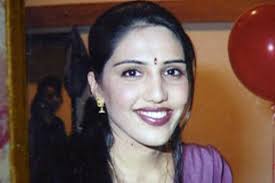 Vancouver: A court has upheld the extradition of two British Columbia residents accused of hiring assailants to murder their relative in India because she married a poor rickshaw driver.

The B.C. Court of Appeal has denied Malkit Kaur Sidhu and Surjit Singh Badesha’s request for a stay of proceedings and a judicial review.

Indian authorities allege the pair were involved in the so-called “honour killing” of Sidhu’s daughter and Badesha’s niece, Jaswinder Kaur Sidhu, in 2000.

An RCMP operation to extradite the two was halted in Toronto as they were boarding a Delhi-bound plane in September 2017 when their lawyers filed applications for judicial review.

Sidhu and Badesha’s application argued they weren’t given the chance to review the federal justice minister’s decisions to extradite them and they were denied access to counsel.

The appeal court says the justice minister’s actions did amount to an abuse of process but it does not warrant a stay of proceedings in this case.