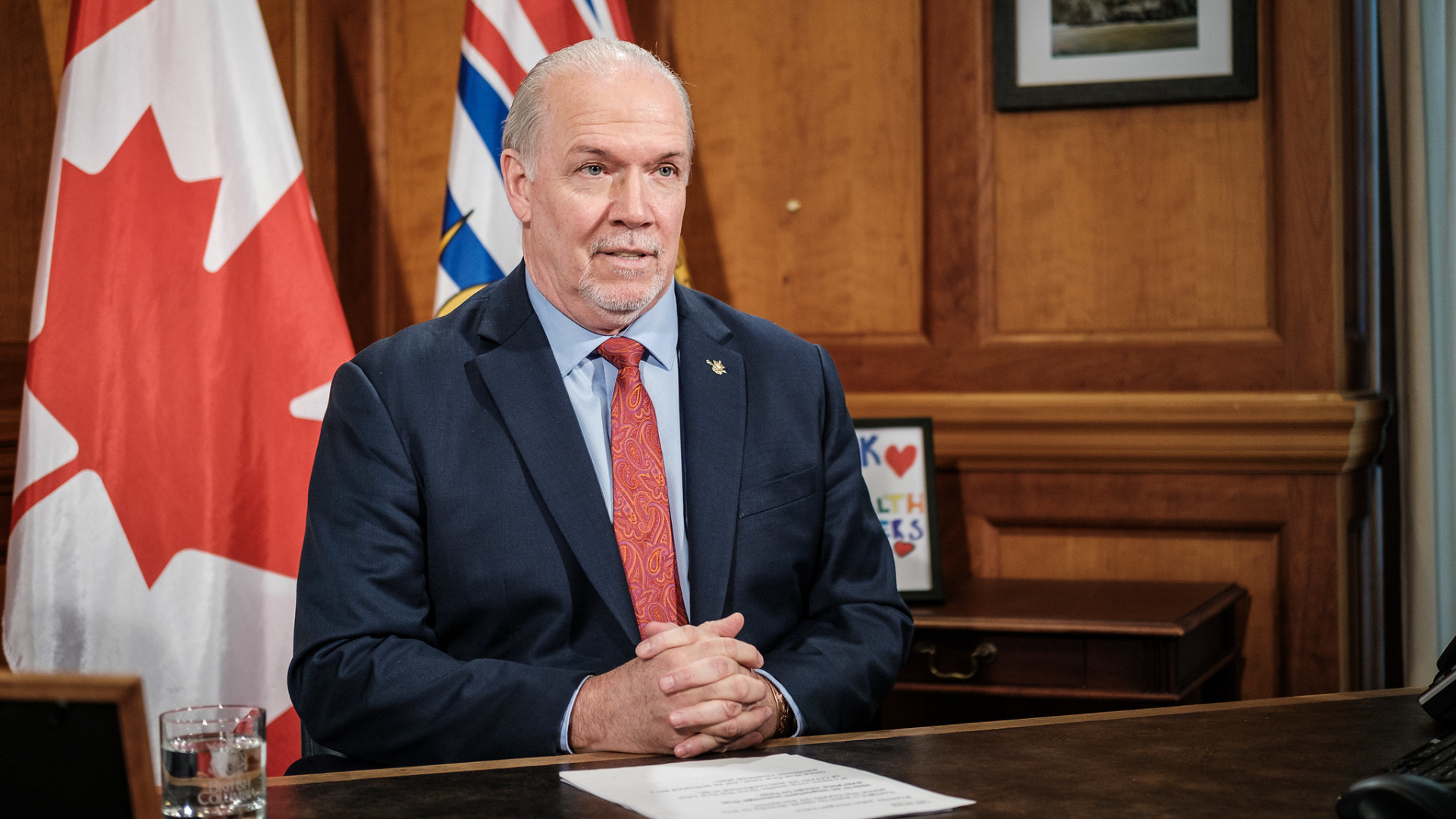 Victoria: Premier John Horgan says people in British Columbia should congratulate themselves for their efforts to flatten the COVID-19 curve, but it’s still too early to loosen restrictions.
Horgan said that B.C. is poised to release data that indicates the province has had success in bending the trajectory of COVID-19.
He said the majority of people are following the orders of provincial health officer Dr. Bonnie Henry to self-isolate if sick, practise physical distancing and wash their hands frequently. Most people in B.C. also stayed close to home over the Easter weekend and did not visit cottages or take drives to nearby communities, he added.
Health Minister Adrian Dix and Henry will present the COVID-19 modelling data.
“I believe that people have cause for genuine celebration and a pat on the back, collectively and virtually, I should say, for the work that we’ve done together to flatten the curve,’’ Horgan said at a news conference.
The premier also said B.C. is extending the provincial state of emergency for two more weeks until April 28.
Horgan said health officials will guide when and how restrictions are loosened in B.C. But he said talks are being held about how those restrictions will be relaxed.
One area under consideration is bringing students back to school, he said, but that depends on health data showing COVID-19 reductions.

“I look at my colleagues across the country who’ve set arbitrary dates for a return before the data was in, before the science was confirming that, and we’re not going to follow that lead,’’ said Horgan. “We’re going to look at the numbers as they emerge over the weeks ahead before we make those determinations.’’

Talks are underway with industry on a sector-by-sector basis so they “have an understanding of where we’re going,’’ Horgan said. “And then when the startup begins sometime in the not-too-distant future, again, when the evidence presents itself, I think we’ll be in a good place.’’

Henry said one of those deaths represents the first in the Interior Health region _ a man in his 60s who had been recovering at home.

The province’s death toll stands at 75 and the total number of cases was at 1,561.

Henry said 131 people were in hospital, including 59 in critical or intensive care, while 955 people in B.C. have recovered from the disease.

Earlier Wednesday, the Vancouver Symphony Orchestra and BC Ferries said they have rescinded lay-off notices in anticipation of receiving federal government wage subsidies.

Both had planned layoffs to take effect on the Easter weekend with temporary notices issued to 1,100 staff at BC Ferries. Notices were rescinded for 500 regular staff, but layoffs for 600 casual employees remain in effect.

The symphony said in addition to the federal subsidy it will spend $287,000 to keep staff employed through to the end of the season in June. It said the symphony was planning to release virtual performances in the coming weeks.

BC Ferries spokeswoman Deborah Marshall said in an email that it’s unclear if the company will benefit from the wage subsidy program, but regular workers will still be employed.
By Dirk Meissner
The Canadian Press