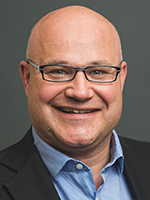 Victoria: As parents get set to take their kids back to school, the concern that John Horgan and the NDP have failed to reach a deal with teachers looms over this usually exciting time.

“John Horgan and the NDP have failed to reach an agreement with the BC Teachers’ Federation and that means students are heading back to school facing an uncertain future,” said BC Liberal Education Critic and MLA for Peace River North Dan Davies. “The NDP has only met sporadically with the teachers’ federation over the summer and shows no real ambition to get a deal done. That is not good enough for B.C. students who deserve better from this government.”

There are currently hundreds of teacher positions that remain unfilled in British Columbia. Meanwhile, more than 7,000 students in Surrey alone will start the school year in portables, with no plans from the NDP to address this situation beyond empty promises.

“John Horgan and the NDP promised to eliminate 50 per cent of portables in Surrey by this year, but instead we have seen a 32 per cent increase in portables since 2016,” said BC Liberal MLA for Surrey South Stephanie Cadieux. “This was clearly a promise the NDP never planned to fulfil and it’s Surrey students who are paying the price.”

For hard-working B.C. families, the harsh reality of back to school is less money in their pockets as ICBC premiums reach record-high levels. This follows a summer of paying the highest gas prices in North America and John Horgan’s unfulfilled promise of action to address soaring rates.

This all comes at a time when the NDP is taking in more money than ever, with 19 new and increased taxes since taking office in 2017. But instead of using this money to reduce portables, support the forestry sector, establish housing supports and services in Maple Ridge, or provide relief at the pumps, John Horgan and the NDP are spending this money on wasteful reports, time-dragging studies, and sham lawsuits.