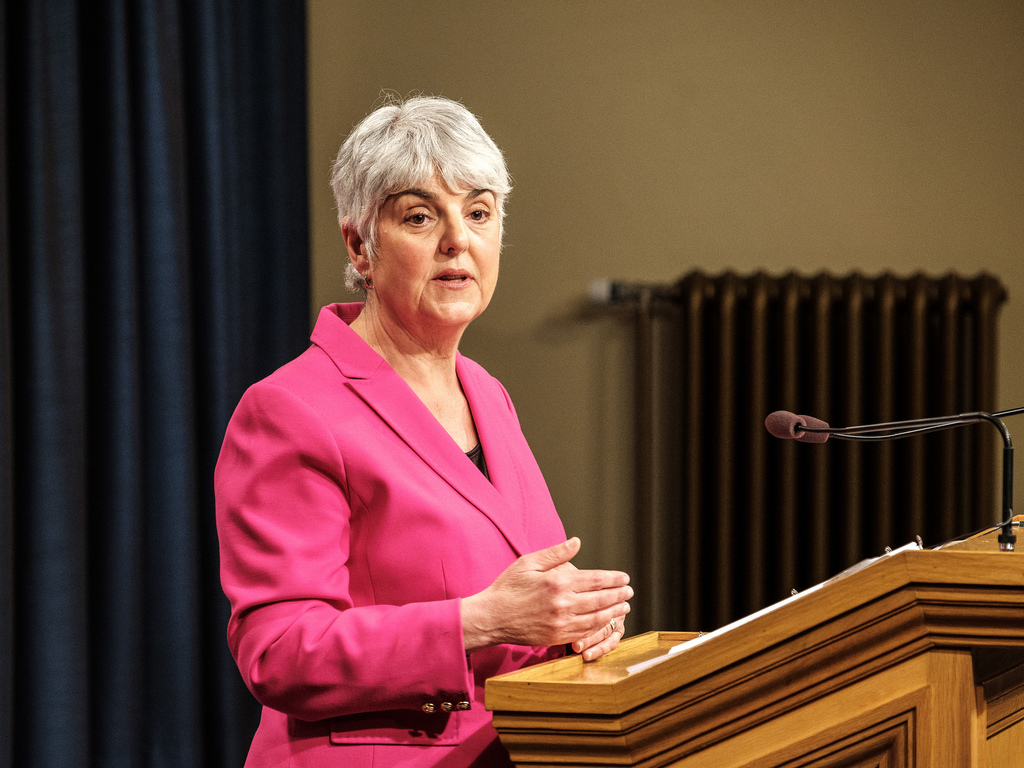 Victoria: B.C. Finance Minister Carole James says she has been diagnosed with Parkinson’s disease and will not seek re-election next year, but she intends to stay on in cabinet “as long as I can do the job 100 per cent.”

“It’s not a disease anyone wants but it’s also not a terminal diagnosis,” James told a news conference on Thursday, adding she has a hand tremor and some issues with her balance but is not on medication yet.

She said she received the diagnosis when she was preparing the recently released budget and told her NDP caucus colleagues about the disease earlier Thursday.

Symptoms progress slowly and can be alleviated somewhat with medication but there is no cure, she said.

“I went to my family doctor at the end of August and I mentioned at the very end of my physical that I’ve had a few odd symptoms,” said James, who is also deputy premier.

She said she was referred to a neurologist, who came back with the Parkinson’s disease diagnosis in late January.

What she thought was fatigue came back as a “life-changing diagnosis,” she said.

She told Premier John Horgan and then continued her preparations ahead of last month’s budget.

James said she will take a few days off but plans to be talking about the budget next week during a provincial tour.

Between 10,000 and 13,000 people in B.C. live with Parkinson’s disease, James said, and she believes sharing her story can help others.

Horgan said James told him about her diagnosis in late January.

“I was upset and concerned for my colleague and my friend,” he said in a statement. “She has only mild physical symptoms, and I was pleased when she told me she is able to continue to serve in cabinet as finance minister and deputy premier.”

Horgan said Parkinson’s is a tough disease, but “without diminishing the seriousness of the illness, Carole James is tougher. She has spent her entire public life fighting as hard as she can to make life better for people, and I know she will bring that spirit to this next challenge.”

James was first elected in the riding of Victoria-Beacon Hill in 2005. She became leader of the NDP in 2003 and served as Opposition leader from May 2005 to December 2010.

She was appointed finance minister after the NDP formed a government 2 1/2 years ago.

Before entering politics, she was president of the B.C. School Trustees Association as she served on the Greater Victoria School Board. Her legislature biography says she also worked as the director of Child and Family Services for Carrier Sekani Family Services in Prince George.

James is married to Albert Gerow, a First Nations artist and elected chief of the Burns Lake First Nation. The couple have two children and two grandchildren.

James said she intends to stay active once she leave politics.

“I don’t think it’s a surprise to anyone who knows me, I don’t plan to sit around and do nothing,” she said.

James said she’s participated in many news conferences, but “I have to say, this isn’t one I’ve imagined holding. But it is a reminder that life can present us with the unexpected at any time.”