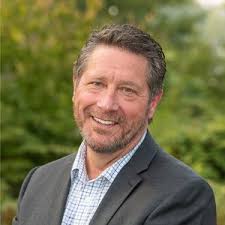 VICTORIA– As the B.C. NDP government takes the next big step to build a new Surrey Hospital in Cloverdale, B.C. Liberal Leader Kevin Falcon has made it clear he would halt construction, once again putting the brakes on the project.

“Kevin Falcon would take the second hospital out of Cloverdale and set back progress on this project for years,” said  Mike Starchuk, MLA for Surrey Cloverdale. In recent months, Falcon has already begun to set the stage for turning his back on the project.“ I think the challenge, quite frankly with the NDP wanting to put one in Cloverdale, is it’s not a great location,” Falcon said. “I would want to take a hard look at where it’s located.”

These comments are especially troubling given Falcon’s history of broken promises when it comes to building a second Surrey Hospital. When Falcon was Finance Minister, he announced in his budget speech that he would sell land set aside for a second hospital.

“The land is surplus,” Falcon said. “So rather than having it sit there, cost the taxpayers money, we intend to sell it.”

The land was later sold to a BC Liberal donor for $3 million less than it was worth. Fairborne Lands acquired the land in 2014 for $20.5 million, despite being appraised at $23.5 million. Fairborne President Christopher Philps gave the BC Liberals $25,000 in 2017, and made significant contributions in 2020 and 2021.

On Monday, Health Minister Adrian Dix announced more progress on the new Surrey hospital project, releasing a request for proposals for the facility to be located at 5500 180 St., which will be the biggest provincial capital investment in a healthcare project in B.C. history. “Surrey families deserve a government that’s working for them,” said Starchuk. “We’re committed to getting the job done.”

The hospital will have 168 beds, a surgical suite with five operating rooms, four procedure rooms, an emergency department with 55 treatment spaces, and virtual care options. The facility will have a large medical imaging department, including three CT scanners and two MRI machines, as well as pharmacy, laboratory and academic spaces.

There will be a dedicated area for spiritual care and family gatherings that support cultural diversity and spiritual practices. The new BC Cancer Centre will include an oncology ambulatory care unit with 50 exam rooms, 54 chemotherapy treatment spaces and room for six linear accelerators for radiation therapy to provide care and support for people diagnosed with cancer.