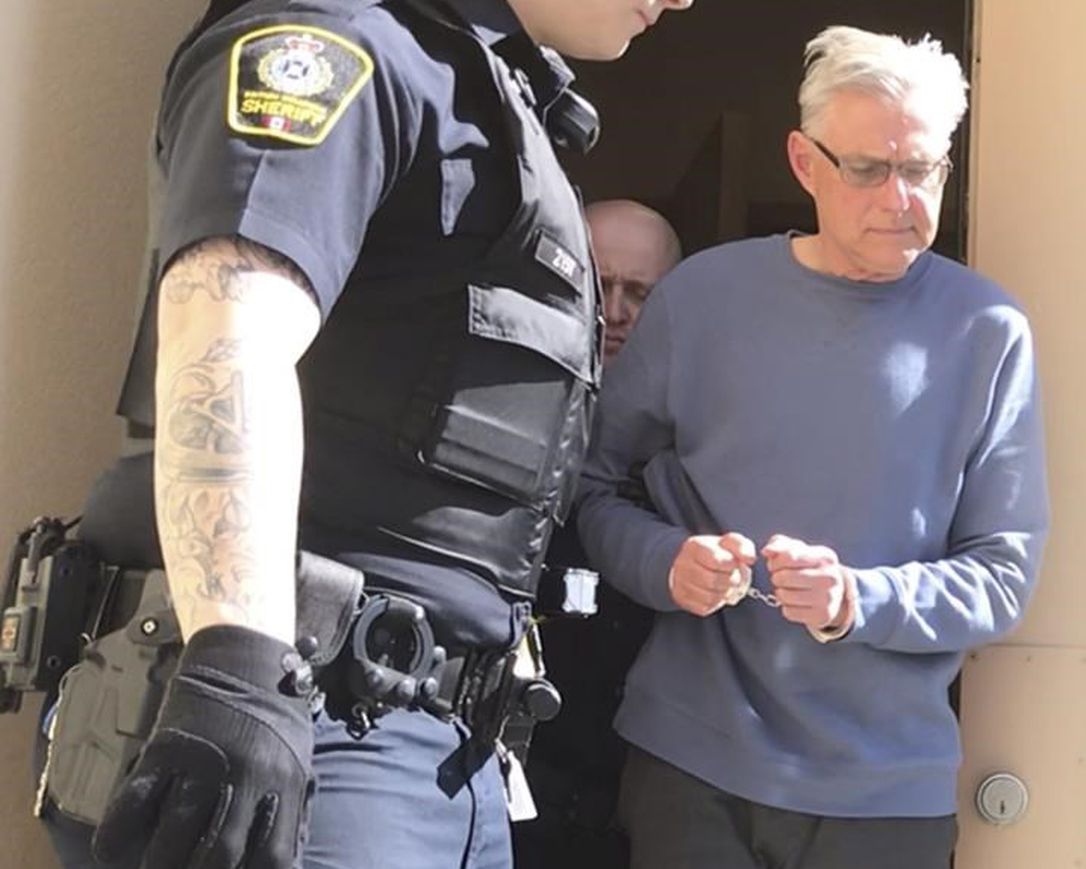 KELOWNA, B.C.: A man who pleaded guilty to four murders last year in Penticton, B.C., told a judge Wednesday he intended to kill three people and knew his actions would likely cause the death of another person.
John Brittain repeated “guilty” four times in B.C. Supreme Court when asked how he pleaded to three charges of first-degree murder and one count of second-degree murder.

The court heard Brittain, 69, killed Rudi Winter, Barry and Susan Wonch, and Darlene Knippelberg on April 15, 2019, shooting each of them multiple times.

He then drove to the RCMP detachment and turned himself in.

Reading from a transcript, Crown attorney Colin Forsyth said Brittain explained to a police interviewer that the victims, who were all neighbours, had been harassing his ex-wife for years.

Brittain, a former employee of the city’s engineering department, said Katherine Brittain was not aware of his intentions and never “drove the conflict train.”

“There didn’t appear to be a better way,” he told the interviewer, adding: “I’ve destroyed a lot of people’s lives today.”

Brittain said his ex-wife had told him about the harassment and he’d seen it himself.

Forsyth said Katherine Brittain had filed various complaints to the city, including about the Wonches, accusing them of buying, fixing and selling old furniture from their home without a business licence.

She had described Winter as a bully, Forsyth told Justice Alison Beames, adding the biggest barrier Brittain faced in leaving the relationship was his estranged wife’s ongoing feud with the neighbours.

Forsyth said that on the morning of the murders, Brittain went to work and spoke with several employees. He then returned home and left a phone message for his former wife, saying he’d planned to go to his engineering company’s former office to do some work.

Instead, Brittain, who had a licence for multiple firearms, headed out with the weapons.

The court heard he approached Winter, the first victim, as he was standing by his vehicle on the street.

Brittain called out to Winter and before the victim could turn around, Brittain started shooting, firing three more shots as Winter lay on his back, Forsyth told the court, reading from an agreed statement of facts.

He picked up the shell casings and drove to a bank, walked to the ATM and stood behind another person in line to withdraw $200, Forsyth said.

From there, Brittain drove to the home of Barry and Susan Wonch and shot the couple in their garage with a second firearm, loading a live round between each shot, he said.

Brittain calmly told a motorist who slowed down and saw a body in the garage to keep going. The witness told police Brittain said to move on, that police would take care of it, Forsyth told the court.

Brittain then walked to Knippelberg’s home, knocked on her door and shot her twice, he said.

Forsyth said police were aware of three victims when Brittain turned himself in and that he told them of a fourth victim.

Renate Winter told the court in a victim impact statement that her 71-year-old husband was a humble, kind and hard-working person who died a brutal and violent death.

The couple’s daughter, Tanya Steele, said she heard shots on the morning of her father’s murder but had no idea he was the target.

“We’re a strong family. You can’t take that from us,” she said to Brittain.

The sentencing hearing is scheduled to continue Thursday.