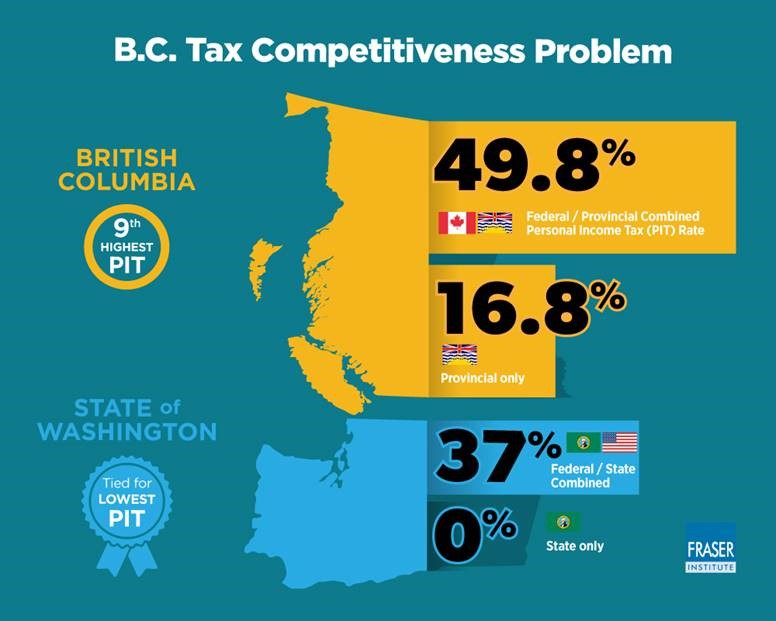 Meanwhile, many U.S. states that compete directly with B.C.—including Washington and Alaska—don’t even have a state-level income tax.

B.C.’s top combined personal income tax rate of 49.8 per cent—which kicks in at $150,000 of income—is about 13 percentage points higher than the rate in both Washington and Alaska (37 per cent).

“This is a major policy problem that the government in Victoria should be trying to address—instead it has taken steps that have made matters worse.”