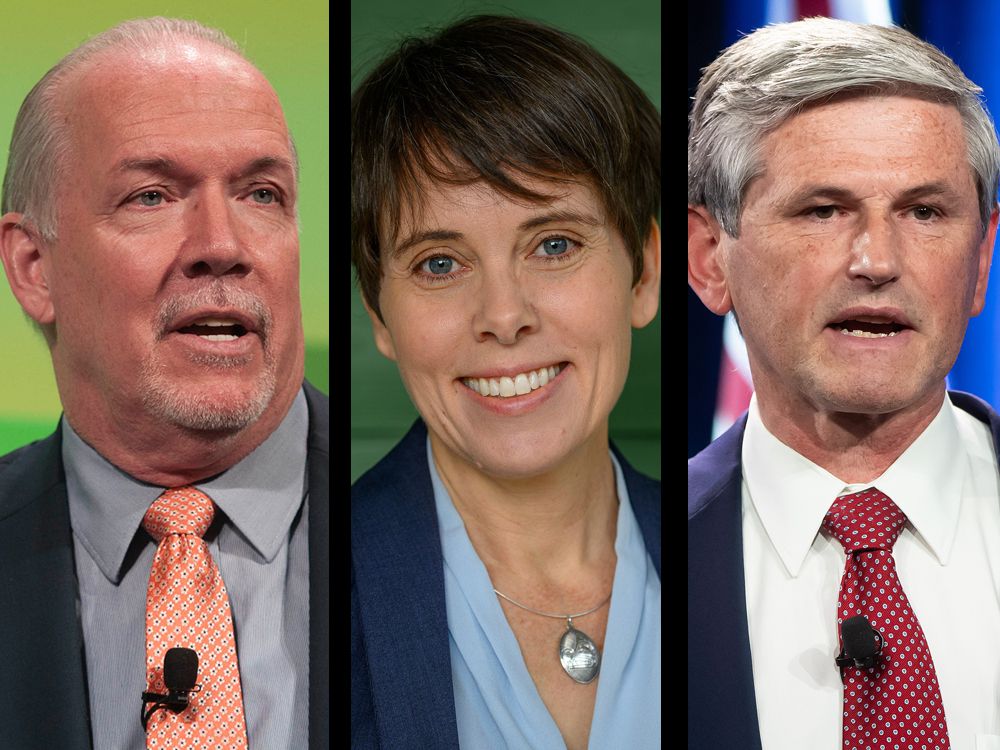 Victoria: The leaders of B.C.’s three main political parties will meet Tuesday in a televised debate that political experts say could be one of the few events where voters get a chance to truly assess the leaders in what has been a largely scripted online election campaign.

“Debates are always important, but given the accelerated nature of this campaign and the rather impersonal and virtualized nature of the campaign, this moment of focus, of attention to the choices in front of us, is more important than it might normally be,” said Prof. David Black, a political communications expert at Royal Roads University in Victoria.

Liberal Leader Andrew Wilkinson, Green Leader Sonia Furstenau and Horgan will appear live on television, radio and online for the 90-minute debate. There will be no live audience.

Black said the debate could produce some of the campaign’s few personal moments amid livestreamed news conferences, virtual town halls and Zoom calls to supporters.

“This (campaign) will be so impersonal, so virtualized that this debate is the equivalent of a candidate showing up at your doorstep,” he said.

Wilkinson and Furstenau will try to get the NDP leader to explain why he called an election during the pandemic, said Black.

Voters will be looking for the leader who best articulates a strategy to fight the pandemic and guide the recovery, said Shannon Daub, B.C. director of the Canadian Centre for Policy Alternatives.

“What we’re looking to our leaders for is a very clear and strong vision that really relates fundamentally to what is the role of the provincial government at this time,” she said. “People are focused on the big issues right now and the big challenges they’re facing. I certainly think it’s reasonable to assume there’s not an appetite for partisan bickering.”

Horgan and Wilkinson met previously in a televised debate in 2018 during the electoral reform referendum that saw voters turn down a system of proportional representation.

Black said the electoral reform debate revealed the two leaders have “a lot to prove by way of their ability to speak clearly and in a civilized way about the issues.”

At one point during that debate, Horgan said if he and Wilkinson continued yelling at each other, people were going to change channels and watch “Wheel of Fortune.”

Furstenau is making her debut on the provincial debate stage after winning the party’s leadership days before the election campaign began.

“Debates themselves are fascinating and complex events, and these particular individuals, all three of them, have different things to prove,” Black said.