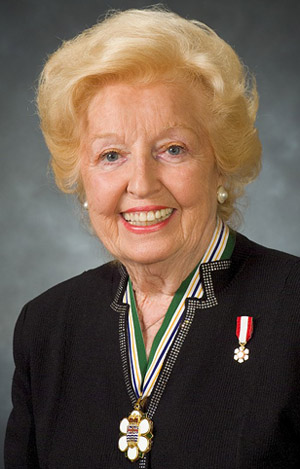 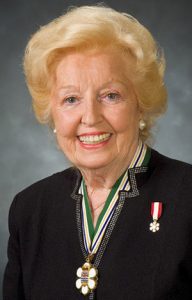 Vancouver: Grace McCarthy, a former Social Credit cabinet minister in British Columbia who blazed a trail for women in politics and business, has died. She was 89.

A statement issued by her family says McCarthy died peacefully at her Vancouver home Wednesday night after a lengthy battle with a brain tumor.

The statement says McCarthy died surrounded by her family.

Called “Amazing Grace” by her fellow politicians, McCarthy entered the political arena in 1966 after a highly successful career as a florist and an elected Vancouver park board representative.

She began her career in the flower business in 1946, when she opened her first store and later expanded her business to several stores.

McCarthy credited her good friend Jimmy Pattison, who would later become a billionaire businessman, with helping her win an election in 1975 after he offered one of his employees as a volunteer to run her campaign.

After leaving politics, McCarthy founded the CHILD (Children with Intestinal and Liver Disorders) Foundation and helped raise millions of dollars for diseases that previously had little awareness.

McCarthy said she was inspired in her volunteer work by her granddaughter, a nurse, who suffers from Crohn’s disease.

Victoria: Premier Christy Clark has issued the following statement on the passing of Grace McCarthy:

“I am deeply saddened by the passing of Grace McCarthy.

“At a time when female leaders were hard to find in Canadian politics, Grace McCarthy was an agent of change. When she was first elected, women could not even apply for mortgages without a male guarantor – until she worked with the provincial and federal governments to fix it.

“From playing an instrumental role in bringing Expo 86 to Vancouver, to starting the first toll-free help line for children, to becoming Canada’s first female deputy premier, she left an indelible mark on our entire province.

“Equal parts intelligent, warm, and tough, she led by example, inspiring more than one generation of women in B.C. and Canada to stand up and pursue a career in politics. ‘Amazing Grace’ indeed.

“Because she touched so many people, we are working with her family on funeral arrangements, and will provide more details when they are available.

“My thoughts are with her family, friends, and colleagues who miss her, and all those she inspired.”