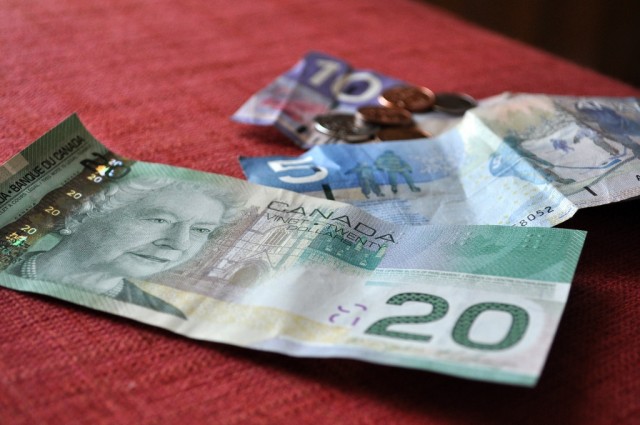 The Canadian Press
Vancouver: British Columbia is increasing its minimum wage by 20 cents to $10.45, three years after its last boost, the province announced Thursday.
Jobs Minister Shirley Bond said the increase, which takes effect this September, is indexed to B.C.’s Consumer Price Index and future increases will also be tied to inflation.
The province has a separate wage for minimum wage for workers who serve alcohol. That rate will increase to $9.20, up from $9.
Bond said the modest hike is just one among a suite of announcements from the Liberal government aimed at raising the standard of living for low income earners.
“When you take all these pieces in totality, we believe this is a reasonable approach,” she told reporters in Victoria.
“For me, the most important policy decision is the indexing. Because it does mean that there is now certainty and predictability.”
The government expects the economy to grow over the next several years, meaning the CPI would also increase and the minimum wage would continue to go up, she said.
But Bond added the decision also recognizes that small business owners can’t handle a more drastic jump.
The B.C. Federation of Labour had been lobbying for a $15 minimum wage, which argued is needed to pull full-time workers above the poverty line.
Bond rejected such an increase.
“While there is a lot of academic debate on both sides of this argument, the fact of the matter is that when we talk to small business owners that are the heart of British Columbia, a $15 minimum wage would have significant impacts for them, and ultimately on the workforce in this province,” said Bond.
Last fall, an all-party finance committee made a number of recommendations to address poverty that included a review of the minimum wage _ which is currently earned by about 110,000 people.
The province last bumped up the provincial wage between 2011 and 2012 in three phases from $8, where it had been frozen for a decade.
The rate increase elevates B.C. only slightly in a ranking of other regions across Canada. Minimum wages across the country range from $10.20 in Alberta and Saskatchewan to the Northwest Territories’s planned increase to $12.50, which is set for June.
The announce follows several other announcements aimed at low-income British Columbians.
The provincial budget, released February, included a provision to end the practising of clawing back income assistance payments to single parents who receive parental support.
Earlier this week, the Liberals announced plans to increase the amount of income someone on welfare can earn before their government, as well as a program that will allow single parents to stay on income assistance while training for a job.