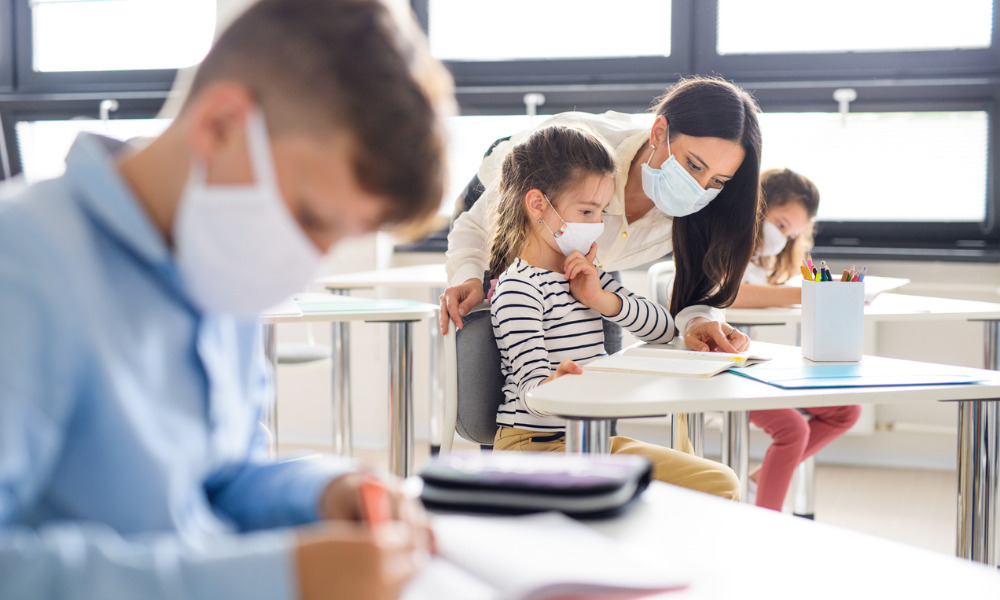 British Columbia’s provincial health officer says most COVID-19 exposure events at schools have been low risk and there has not been any transmission within schools so far.
Dr. Bonnie Henry says a low-risk exposure could mean an infected person was at a school for a short period of time while wearing a mask or they didn’t have symptoms or close contact with others.
“Even if you are in a classroom with somebody who has COVID, if you’re sitting at a desk and you’re not close to them, you’ve not had close contact with them,’’ Henry said at a news conference on Monday.
Most of the school exposure events to date are related to cases in adults, she added, and mechanisms are in place to investigate and manage each individual case and exposure.
“Any time a child or a teacher or a staff person or a bus driver tests positive … those people who have contact where transmission could possibly have occurred are identified by public health. Most people are not in that situation,’’ she said.
Henry said it’s “probable’’ that B.C. will at some point see an outbreak at a school, which would be declared if transmission occurred between people in different classrooms or groups.
The province also decided to remove certain symptoms from the daily health checklist for schools and parents earlier this month, which Henry said public health officials recommended given the low probability that they would be a sign of a COVID-19 infection on their own.
‘If you have a slight runny nose by itself then, that in and of itself is not a reason for a child, and we’re talking about children here, to necessarily stay home from school,’’ she said.
“It’s a balancing act to make sure that children are able to attend school as much as possible and minimizing the risk that they pose.’’
In an email, the Ministry of Health said if someone has any of those symptoms in combination with symptoms that remain on the checklist, they should be tested for the illness. Some of the removed symptoms are common in children, so there were concerns that kids could be unnecessarily excluded from school, the email said.
The symptoms removed from school-related health checks are sore throat, runny or stuffy nose, headache, fatigue, loss of appetite, muscle aches, conjunctivitis, dizziness or confusion, abdominal pain and skin rashes or discolouration of fingers or toes.
Symptoms that remain on the checklist are fever, chills, cough or a worsening chronic cough, shortness of breath, loss of the sense of smell or taste, diarrhea, nausea and vomiting.
The narrower list is reflected in the province’s guidelines for kindergarten to Grade 12 schools updated on Sept. 11, which direct parents to assess their kids for certain symptoms every day before sending them to school.