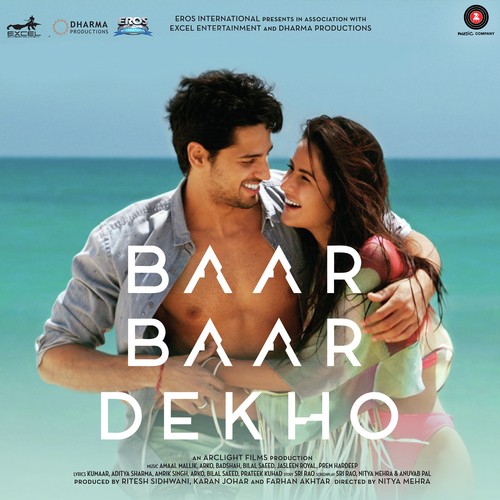 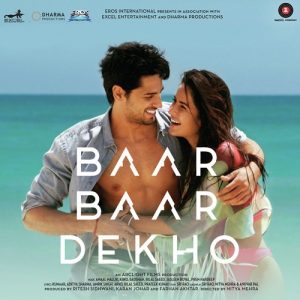 Director Nitya Mehra’s “Baar Baar Dekho” is a romantic film that is uniquely conceptualised. It is technically well-packaged to give a holographic view of life, but the meandering narrative adds no meaning to the composition.

Themed live life for the moment, the film gives an insight into the life of Jai Varma (Sidharth Malhotra) a professor in Vedic Mathematics.

A day before his wedding, to his childhood friend Diya Kapoor, an artist, realisation dawns on him that his views on life and his dreams differ from his fiancee’s. And, by sheer deus ex machina, a plot device, he gets transported in time, presenting his life forward.

How he tries to rectify his mistakes, by reliving the moments, forms the crux of the plot.

Adroitly crafted and formulaic in nature, the script unravels the plot in a non-linear manner. The characterisation and emotional manipulation, especially Jai’s, is the highlight of the film.

The messages, strewn across the narrative, have a mixed flavour that has been oft seen. But the dialogue, “Without balance, like in mathematics, no equation in life is perfect,” is a perfect analogy, that highlights the argument of the film’s premise.

The treatment is akin to an abridged version of a well-written literary novel. For the first thirty minutes, the narrative rambles on a generic path with elaborate, high pitch, wedding preparations et al. Then all of a sudden, the tone of the narrative changes giving you snippets of Jai’s life, on his honeymoon and when he is 36, 46 and 60 years old.

Visually, the film is glossy and magnificent. The futuristic production designs along with the prosthetic make-up are sleek and painstakingly elaborate, giving a realistic feel to the time and characters.

Sidharth Malhotra excels as Jai. He emotes effortlessly and convincingly portrays his dilemmas, making us believe, in his character.

Katrina Kaif as Diya Kapoor is a pleasant surprise. She compliments Sidharth by delivering an equally robust performance especially expressing how she pines for his attention. Together, their on-screen chemistry is palpable.

The rest of the cast is supplementary. Nevertheless, Taaha Shah as Jai’s younger brother Tarun, Sayani Gupta as Jai’s friend – Raj’s wife, Rajit Kapoor as the family priest, Ram Kapoor as Diya’s father – Vinod Kapoor and Sagar Arya as Nikhil Khanna a studio owner, have their moments of screen presence.

The songs merge seamlessly into the story. But the quick edits in the number, “Nachde ne saare” mars the viewing experience.

The film is worth a watch for the novelty of its treatment, performances of the lead actors and the messages.