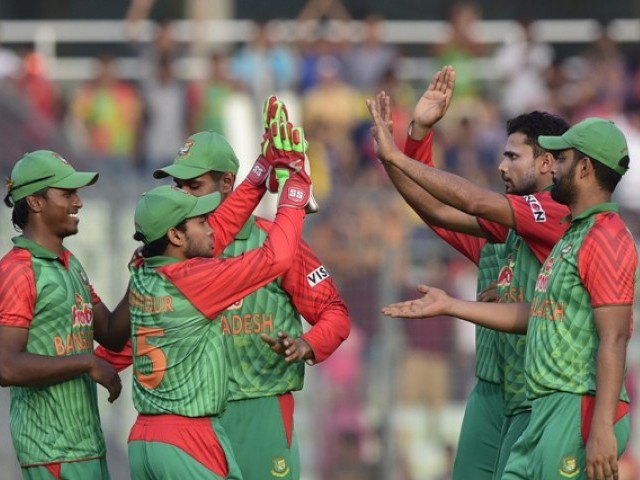 Mirpur, April 22 (IANS) A swashbuckling maiden century by Soumya Sarkar fired the Bangladesh cricket team to an easy eight-wicket victory over Pakistan and helped them complete a 3-0 humiliation of the 1992 World Champions in the third and final One-Day International (ODI) of the bilateral series here on Wednesday.
The hosts continued their dominance in the series as they chased down 251 with 63 balls and eight wickets to spare at the Sher-e-Bangla National Stadium, reports bdnews24.com.
Bangladesh bowlers fought back brilliantly to skittle Pakistan out for 250 in 49 overs after they had threatened to break free to set a huge target.
It capped a remarkable turnaround for the home team, who waited more than 16 years for their first win against Pakistan in any format.
For the tourists, it got from bad to worse as they went from being invincible to whipping boys in the space of a week.
Tamim Iqbal (64) and Man of the Match Sarkar (127 not out) gave Bangladesh a solid start with a commanding 145-run opening stand.