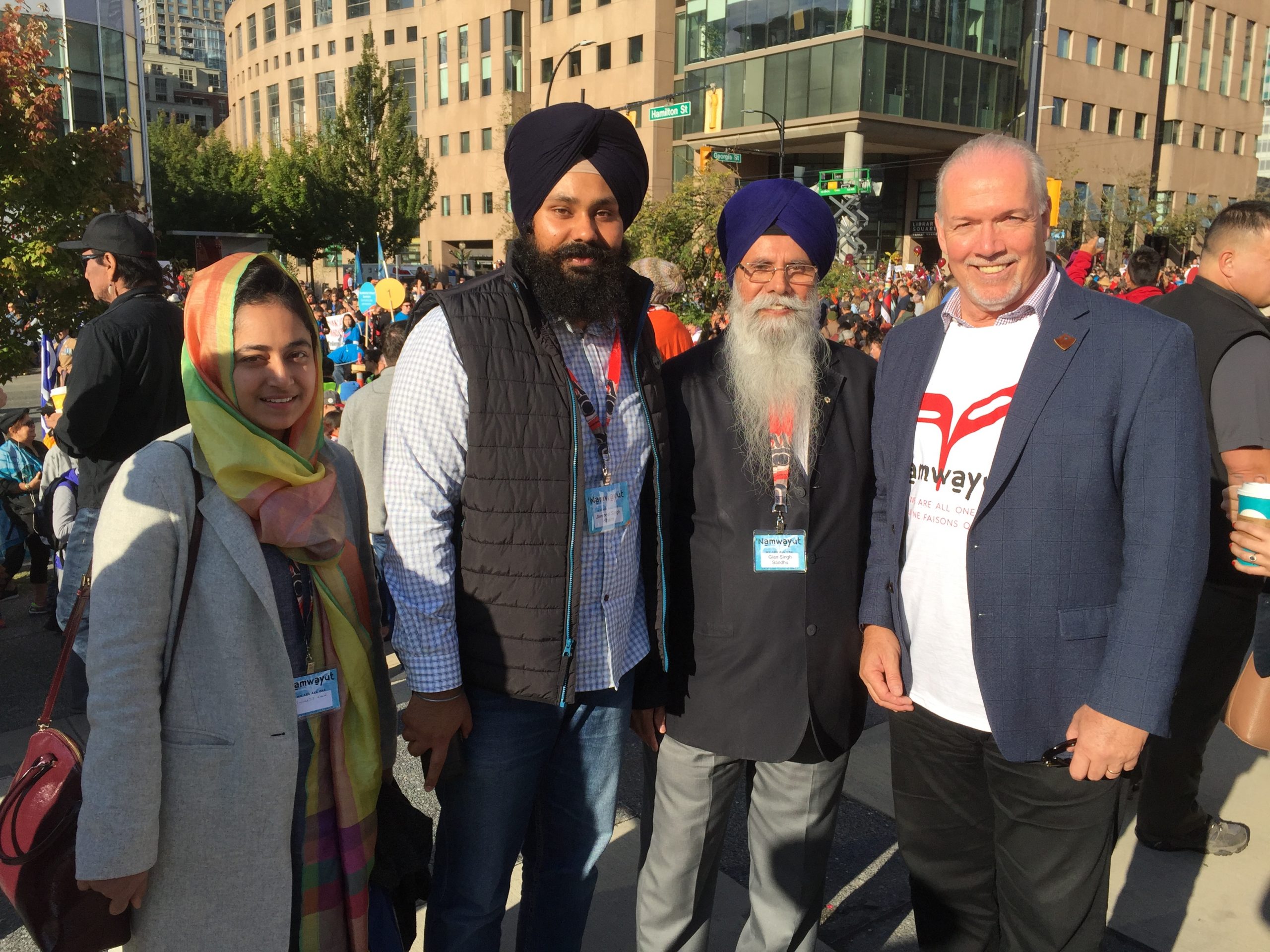 Vancouver: The World Sikh Organization of Canada and members of the BC Lower Mainland Sikh community took part this weekend in the second Walk for Reconciliation in Vancouver, British Columbia.  Hosted by Reconciliation Canada and the City of Vancouver, approximately fifty thousand participants came out to be part of the reconciliation process.

According to Reconciliation Canada, reconciliation begins with each person and then extends into their families, relationships, workplaces and eventually into their communities. It requires the ability to be open to diverse perspectives and difficult conversations.

Sikh organizations, gurdwaras and post-secondary Sikh student associations from across the Lower Mainland took part in the Walk and the Reconciliation Expo, a multicultural and inclusive event that featured community and educational booths, cultural performances, and speakers.  At the Expo, members of the Sikh Motorcycle Club tied turbans on attendees while Sikh youth explained the significance of the Sikh article of faith.

During the event, Janmeet Singh Khalra, son of human rights activist Jaswant Singh Khalra who was disappeared by Indian security forces in September 1995, was ceremonially blanketed as an honorary witness by Chief Ian Campbell, along with other honorees, including BC Premier John Horgan, Vancouver Mayor Gregor Robertson and Holocaust survivor Robbie Waisman.

Chief Campbell, explaining the significance of the blanket ceremony said, “this now means we are family. We have adopted all these fine people by blanketing them to show them that we are in the same canoe.  We all must put our paddles in the water to collectively move forward … We also must not ignore that this country is founded and built on a very solid foundation of Indigenous peoples. We will no longer be invisible in our own land.  Our history is your history.”

WSO National Vice President Jasbir Kaur Randhawa said, “The WSO and Sikhs from across BC took part in today’s Walk for Reconciliation in the Sikh spirit of Sarbat Da Bhalla, which is the effort to actively work towards the upliftment and benefit of all.  We stand in unity and solidarity with our Indigenous friends.  Sikhs understand the need for reconciliation and truth-telling, as our community has not yet had this opportunity with respect to the thousands of Sikhs who were disappeared and killed in India after 1984.  In this spirit, we are touched that the organizers of the Walk chose to recognize the sacrifice of Jaswant Singh Khalra. We look to our Métis, First Nations and Inuit sisters and brothers for inspiration as we work together to lay a foundation for a new way forward.”