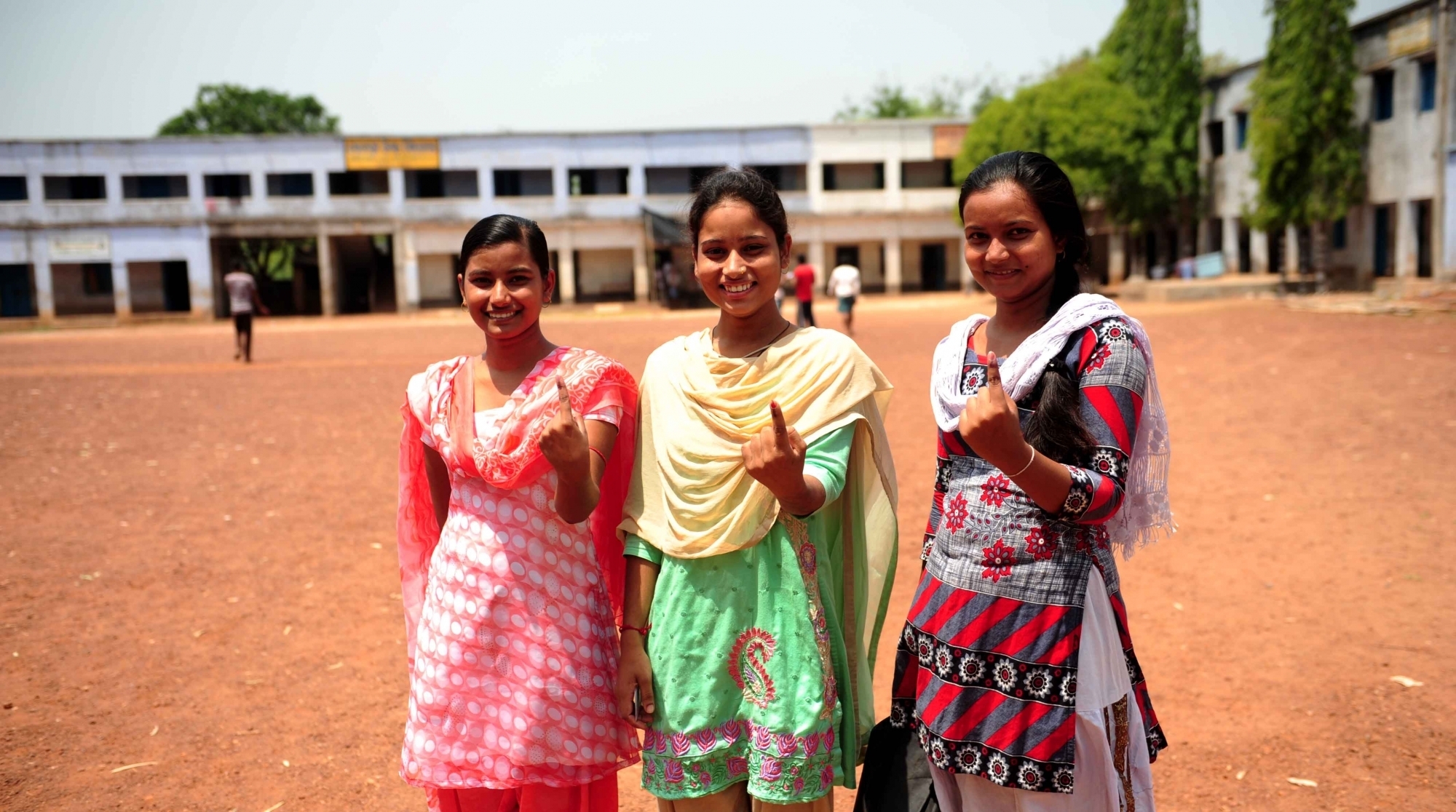 Choppers hovered above and there was heavy security presence as 13 of the constituencies that went to the hustings were in areas identified as affected by Left-Wing Extremism (LWE).

An Election Commission official said in Delhi that polling was “by and large peaceful”.

“There was no incident of violence, any injury or death to any person, which is a creditable achievement,” the official said.

While 81.66 percent voters cast their ballot in West Midnapore district, the figure was 80.59 percent in Bankura, and 80.18 in Purulia, state Chief Electoral Officer Sunil Gupta said in Kolkata.

The scheduled time of polling was reduced by two hours in six insurgency-hit constituencies of West Midnapore, four in Purulia and three in Bankura districts. The elections got over at 4 p.m. in these constituencies.

In five other constituencies of Purulia, polling ended at 6 p.m.

However, the polling figure may go up as people were in queue in many of the areas long past the closing time, said Gupta.

He said there were no arrests, or formal complaints about booth capturing.

“Polling was peaceful and fair. We did not receive any serious complaints from the candidates, voters or parties,” said the CEO.

Gupta’s office has recommended repoll in a booth in Ranibandh assembly constituency in Bankura district following discrepancy in recording the number of votes in an Electronic Voting Machine. The erring polling official was removed.

Gupta also said a presiding officer was removed after allegations that a polling agent was moving to the voter’s compartment in a polling station of Purulia district’s Balarampur constituency.

For the first phase of the elections, there were 40,09,171 registered voters eligible to record their democratic choices in 4,945 polling stations. Of these, 1,962 were classified as critical.

Gupta said there were no reports of poll boycott in any of the booths. Altogether 34 EVMs were replaced after they developed snags.

Prominent among the 133 candidates — 11 of them women — were Paschimanchal Development Affairs Minister Sukumar Hansda of the Trinamool Congress from Jhargram and the CPI-M’s Pulin Bihari Baske from Gopiballavpur.

The Congress and the Left Front accused Trinamool activists of attempting to influence and intimidate voters in many booths across the three districts, and also complained that the central forces were not active in many of the areas.

“Our expectations were not completely fulfilled. We don’t know yet the extent of terrorisation of voters in the interior areas,” said state Congress president Adhir Ranjan Chowdhury.

“The polls were fairly peaceful but I will not say it was entirely fair. In places like Salboni (West Midnapore), Bankura and Purulia, the Trinamool, even though it failed to resort to malpractices in a big way, did try to disrupt the polls by orchestrating attacks, intimidating voters and the like,” he said.

Salim alleged that in some areas a few of the election Commission’s lower level officials worked in the interest of the ruling party.

Rubbishing the opposition’s claims, the Trinamool asserted that the large turnout was an indication of the masses’ trust in the Mamata Banerjee government.

The Trinamool, Left Front-Congress combine and the Bharatiya Janata Party (BJP) were in the fray for all the 18 constituencies.

Among the Left Front partners, the CPI-M put up candidates in 11 seats, and the Communist Party of India and the All India Forward Bloc in one seat each. The Congress was in the race in five constituencies.

Multi-layered security was put in place around the constituencies, with at least 10 personnel of a central paramilitary force deployed to secure each polling station in the LWE-affected constituencies.

Besides two helicopters carrying out sorties, an air ambulance and quick response teams were on standby.