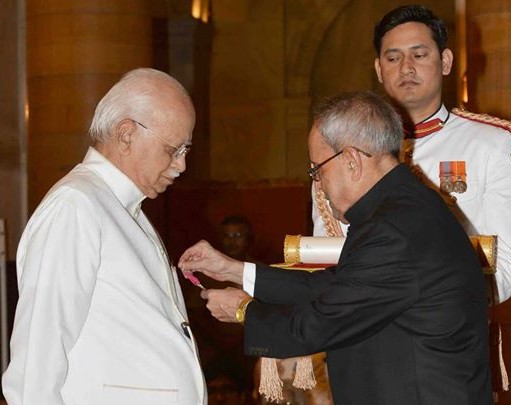 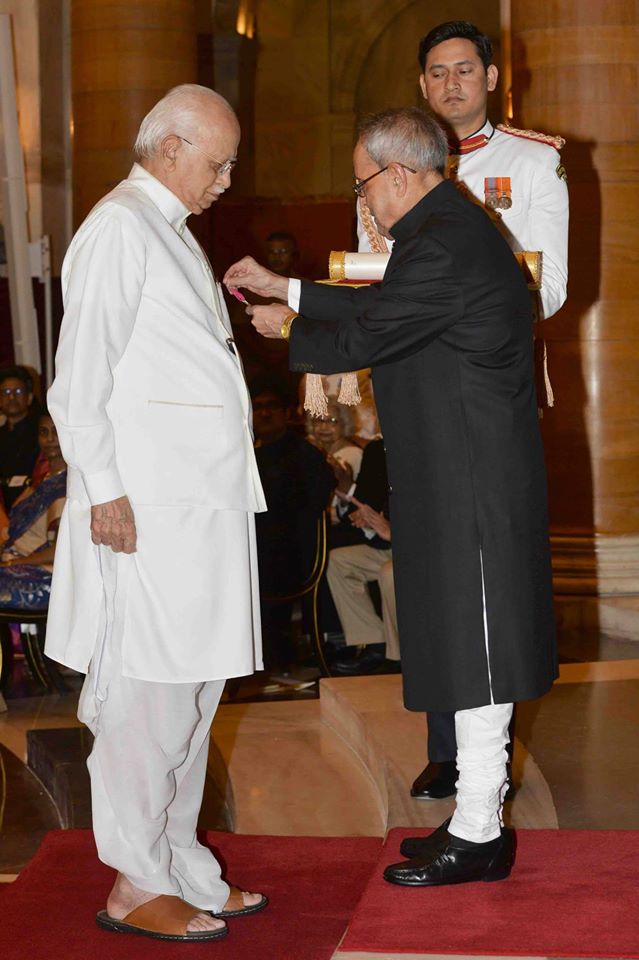 New Delhi, March 30 (IANS) India’s high civilian honours – the Bharat Ratna and Padma awards – were on Monday conferred by President Pranab Mukherjee on a galaxy of prominent people who have done the country proud.

Bharat Ratna, the highest civilian award, was bestowed posthumously on freedom fighter and eminent educationist Madan Mohan Malaviya at an investiture ceremony at Rashtrapati Bhavan on Monday evening.
Former prime minister Atal Bihari Vajpayee, who too was honoured with the Bharat Ratna, was presented the medallion and the scroll of the award last week at his residence because of his ill health.
President Mukherjee, in a simple yet elegant ceremony at Rashtrapati Bhavan, presented the Padma Vibhushan, Padma Bhushan and Padma Shri to a host of leaders and prominent people from various walks of life.
The awards, which are announced on the eve of the Republic Day every year, this year included two Bharat Ratnas, three Padma Vibhushans, 12 Padma Bhushans and 34 Padma Shris.
BJP leader and former deputy prime minister L.K. Advani, Punjab Chief Minister Parkash Singh Badal and Jagadguru Swami Rambhadracharya received the Padma Vibhushan.
Journalists Swapan Dasgupta and Rajat Sharma, Microsoft founder and philanthropist Bill Gates and his wife Melinda Gates were awarded the Padma Bhushan.
The Gates couple, however, could not come to personally receive their awards.
Poet-lyricist Prasoon Joshi, filmmaker Sanjay Leela Bhansali and playwright Tarak Janubhai Mehta were some of the well-known people who received the Padma Shri.
Rajat Sharma shook hands with Prime Minister narendra Modi as he stood to receive Padma Bhushan.
People from the sports world included well-known wrestler Satpal, who received the Padma Bhushan for his outstanding performance in various international tournaments.
Renowned badminton player P.V. Sindhu and Indian hockey team captain Sardar Singh both received the Padma Shri.
The Durbar Hall of Rashtrapati Bhavan was overcrowded as relatives and friends of the recipients occupied most of the chairs.
Vice President Hamid Ansari, Prime Minister Narendra Modi, many cabinet ministers and government officials were present.
Delhi Chief Minister Arvind Kejriwal was also present at the awards ceremony. He was seen interacting with the media freely after the function.
Relatives and friends of the recipients cheered when the names of their loved ones were announced to receive the awards.
Some of them put their hands up while clapping and were seen pointing at the recipients of the honour.
On March 27, President Mukherjee made a break with protocol to drive down to Vajpayee’s Krishna Menon Marg residence to confer the highest honour on the nonagenarian Bharatiya Janata Party leader who has been keeping ill health.
Ansari, Modi as well as former prime minister Manmohan Singh and Advani were among those who attended the presentation on that day.
Modi expressed his gratitude to Mukherjee for going to Vajpayee’s home to personally hand over the award.
A photograph of the president presenting the medallion to Vajpayee was released later.
Vajpayee, 90, was the first non-Congress leader to serve India for a full five-year term (1999-2004). His earlier two stints in office lasted 13 days and 13 months, respectively.