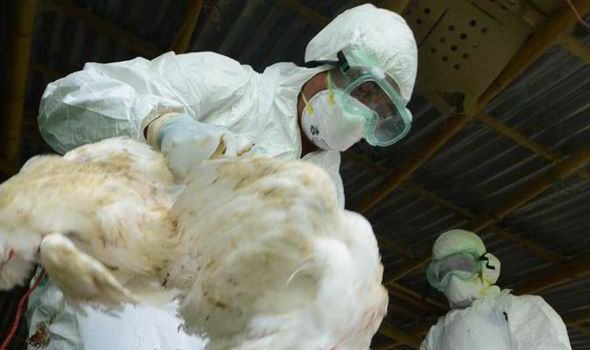 London: The strain of bird flu found at a British farm in north England has been identified as H5N8, the same as the one recently identified in the Netherlands and Germany, authorities said Tuesday.

The culling of 6,000 ducks at the farm in East Yorkshire, where a case of bird flu was confirmed last Sunday, has already begun, Xinhua reported citing environment department officials.

According to the Department for Environment, Food and Rural Affairs (Defra), the disease was confirmed as the H5N8 strain, the same as the strain at a chicken farm in the Netherlands, and in Germany.

However, the advice from Public Health England remained that, the risk to public health from the virus was “very low”, and the Food Standards Agency has said there was “no food safety risk for consumers”.

A spokesperson for Defra said the cull to prevent the potential spread of infection was being carried out in a safe and humane manner by fully-trained staff from the government’s Animal and Plant Health Agency.

According to BBC, the European Union officials said migratory birds heading south for winter were probably responsible for the British bird flu case and the recent outbreaks in the Netherlands and Germany.