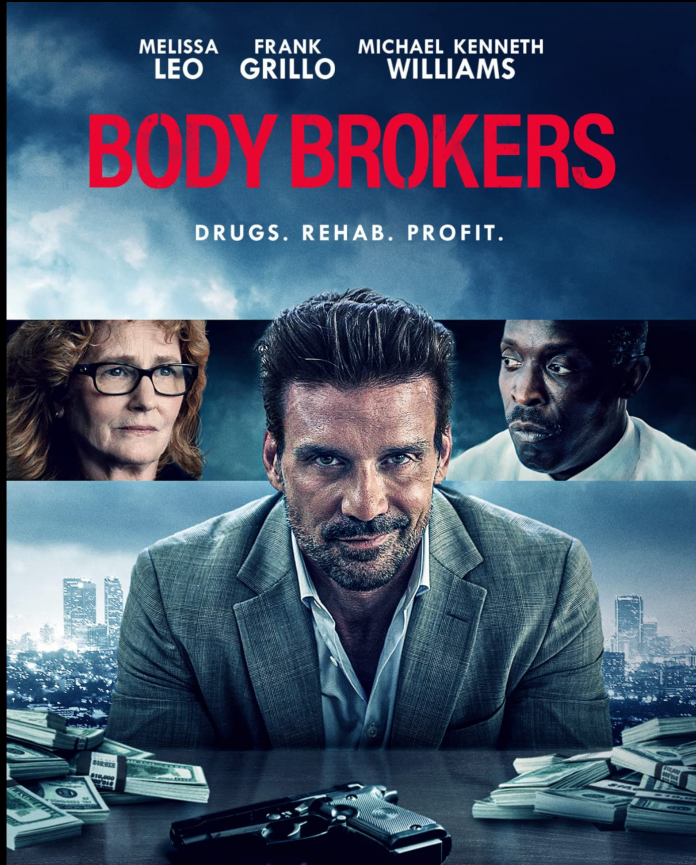 Spare Parts!
By Shirl Hollenberg
Desperate times call for desperate measures. Two teens on the lam and on the loose with apparently no where to go wind up in a very different place in Body Brokers. Sure to raise more than a few eyebrows this head-scratcher and stomach -turner from VVS Films is now out on video on demand. Mark your calendar for a June 29 if you want to order your own copy in DVD or Blu-Ray. More strange and more shocking is that this film is based on true events.
Many of us have heard about people from Some backgrounds selling their “ spare” body parts for money. Body Brokers I suppose deserves credit for shining a light on some legal entities in this so-called “health field “ whose purpose is to find new recruits and converts to the cause. One such candidate is Utah. Fresh off the boat Jack Gilmer gets down and dirty as a junkie from rural Ohio who makes his way to Los Angeles for a new lease on life.
Once In The chosen city Utah and his gal pal enroll in a recovery program led on by a charismatic con artist posing as a Saint only to fall deeper into a never ending downward spiral. Fresh, stark and brutal Body Brokers points to the desperation of some and the greed of others. It’s an unsettling tale with some pretty hefty performances. If you can get through some of the early drug-taking scenes you may find some merit in this hard-hitting story from Director/writer John Swab. Look for more success for Swab with his upcoming Candy Land appearing later this year. He likes dark stories inspired by real events. So will some serious minded open-minded film buffs