Surrey: Spring is in the air and everything is blooming or on the verge of breaking out, the fields cleaned up, bushes pruned and bee contracts in place for pollinators, as the industry is rolling into another season. BC’s blueberries are on the way. Last year the production was reported at 170 million pounds. A worthy target for this season.

Last June the Asian Journal reported that the Blueberry industry had succeeded in achieving a market access agreement to supply fresh blueberries to China. We contacted Debbie Etsell, the Executive Director of the BC Blueberry Council to find out how the first year of the agreement had gone, and she reported that they did achieve some shipments China, however, due to delays in the Chinese inspectors arriving in Canada, they could only ship a small amount in 2015.

“The inspectors did not arrive until the last week of August, our last week of production,” Etsell said. “but by that time a lot of our operations, especially on the north side of the river, had finished producing so there were only a limited number of operations that were able to ship at that time. We only had one week for them to ship to China. Never-the-less, the Chinese inspectors were able to get a sense of how we do business, how we’re following their protocol, so they will be coming back again this year. We’re certainly hoping that they will be able to provide us with inspectors much earlier.”

Etsell said the inspectors were requested for July because the season was four weeks ahead. Usually we’re picking in September, but since everything happened earlier, there were just a few operations that were able to ship, under the registration program.

“We got a little taste of it and we’re hoping for more ability to ship our fresh fruit this year,” said Etsell.

“I can tell you is that last year,” Debbie Estell explained, “because of the warm weather and no rain for four and a half months, we thought there were going to be problems with production, and at the beginning of the year I thought, there would be a reduction in our early varieties as far as our production estimates went, but by the end of the year we actually would up with more production.  In 2014 we had a152 million pounds, and we have just updated our production report for 2015 season and we are at 170 million pounds. 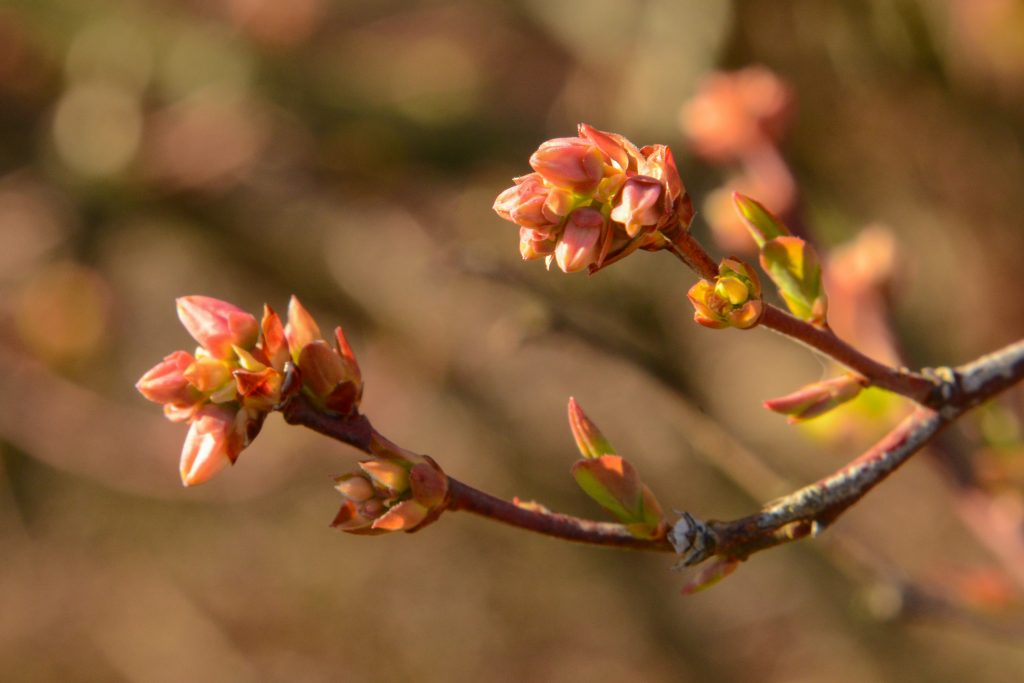 With respect to comparing this winter and early spring with last year, she said it was maybe a week or two later, because the winter was colder, and the spring so far has been cool and wet until recently.

“At this point it’s not as advanced as it was last year.” She said. “Still it is more advanced than it has been in past years.”

Asked to describe what was going on in the fields at this point Etsell replied,  “They’re inspecting the plants to determine what have come through winter.  The bushes have been pruned and are ready for their bud-set.  Hopefully they have all the their bees contracted to bring in to the field for pollination when the blossom come out, and that the fields are tidy and clean and they’re able to produce a quality berry this year.”

On the subject of availability of workers, she said that it was too early to know.

“We can’t tell right now because it hasn’t come to pollination or bloom. One good thing we do have is an agreement with Mexico, in the Seasonal Workers Program, that we’re able to tap into.  Is there enough labour there to meet the needs?  You have to apply between December and March for this program, but you don’t know when your crop is coming in, or how many workers you’ll need.  It’s a great tool but it’s something that farmers have to judge how many workers they’ll need, when they can.  Then if we have a condensed season, that is when the early and the mid crops start coming in all at once, that has challenges on our labour force for sure.  The Canadian Government is vested in agriculture and they were definitely aware of the foreign workers issues and were watching that for us.  It was difficult and it took quite a bit of time last year because our season was early. The farmers had to contact government saying they needed the workers earlier.  I just know that if the farmer leaves it until later or when the crop comes in he’ll find it difficult to get labour in a short period of time.

Hopefully there will not be too many seasonal surprises this year.  The Asian Journal will continue to cover this season’s blueberry and other berry crops and will report further in the middle of May.