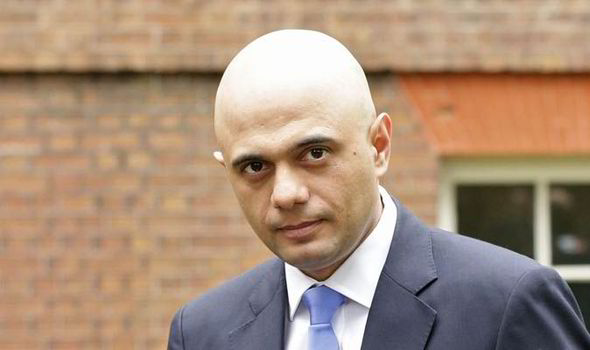 London: Sajid Javid, Britain’s secretary of state – or cabinet minister – for culture, media and sport, has disclosed that his father was from India and his mother from Pakistan. This obviously makes him half-Indian and, therefore, the first person of Indian origin to be a cabinet minister in Britain.

Speaking at a British Asian dinner Wednesday night, which released a “Power List” of British Asians, which had him at pole position, Javid surprised the audience of 600-odd guests by stating his father was from India.

He had always been described as being of Pakistani origin, which he partially is, but his Indian connection was unknown publicly.

Javid, who has an English wife, is a rising star in Conservative, nay British, politics.

A former banker, he has risen swiftly through the ranks and is even tipped to become a future party leader.

Previously, Keith Vaz was a minister of state in a Labour government. But no one of Indian descent has ever been appointed a cabinet minister in Britain until now.

In 2010, Baroness Sayeeda Warsi, who is of Pakistani extraction, became a cabinet minister, the first Asian to be thus elevated.