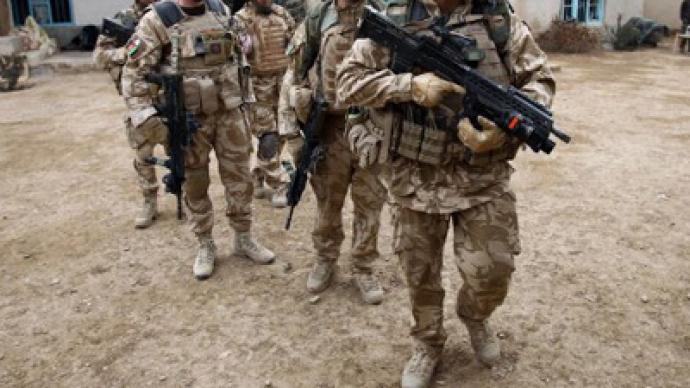 Britain’s Union Jack flag was lowered at Kandahar airfield in southern Afghanistan over the weekend. British Royal Air Force (RAF) personnel have operated in the region since 2001, Xinhua cited the MoD as saying in a statement.

Personnel from the RAF’s 904 Expeditionary Air Wing (EAW) boarded a Britain-bound C17 aircraft along with colleagues from the Joint Force Support Unit which was responsible for supporting military operations in Afghanistan.

“Looking to the future, the UK’s focus now switches to training the Afghan Army’s future officers and providing continuing support to the security ministries in Kabul,” he said.

Since Operation Herrick started in 2006, RAF personnel have worked to support allied operations in Afghanistan with strategic and tactical air transport from Britain to the battlefield, the MoD noted.

The troops also provided air-to-air refueling, close air support, intelligence and reconnaissance gathering, force protection and as well as many other roles.

Britain has maintained a military presence in Afghanistan since October 2001, when troops were deployed as part of the NATO response to the Sep 11 attacks in the US that year.

The British effort moved to southern Afghanistan when Task Force Helmand was formed in April 2006 to tackle a growing insurgency in the region, according to the MoD.

In June 2013, the 340,000-strong Afghan National Security Forces (ANSF) took full responsibility for security across Afghanistan and since then they have been responsible for most of the operations.

However, some political analysts believe that the forces’ withdrawal might encourage Taliban militants to intensify activities in the already volatile Helmand province.