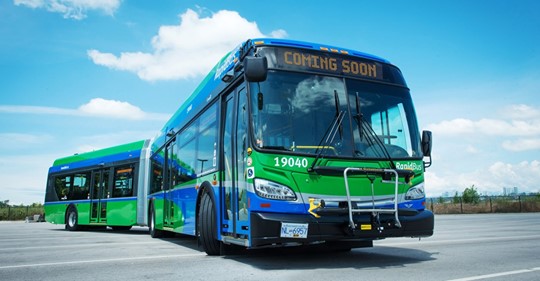 “I want to congratulate TransLink for bringing in the RapidBus at a fraction of the cost and time it would have taken to build LRT on this exact same route,” said Mayor Doug McCallum. “The service connecting Guildford, Surrey Central and Newton will have immediate positive impacts for Surrey riders. The new King George Blvd RapidBus delivers fast, frequent and reliable service on one of Surrey’s busiest travel corridors.”