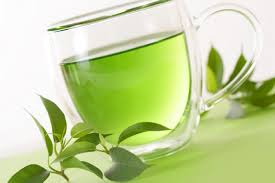 Rio de Janeiro, Nov 26 (IANS/EFE) Cacao and green tea contain substances that may help prevent and treat kidney complications and retinal lesions caused by diabetes, according to scientists at Brazil’s Campinas State University.
The findings are from a study supported by the Sao Paulo State Research Support Foundation.
Jose Butori Lopes de Faria, coordinator of the study, said the project “proved, in a rigorous way”, that cacao and green tea reduce the death of podocytes, the cells that restrict the transfer of proteins to urine.
“The transfer of albumin to urine is the main renal disorder in a patient with diabetes,” the scientist said.
The beneficial effects of cacao and green tea were attributed to the presence of polyphenols, although, in the case of cacao, researchers found that it contains other substances that might help treat the effects of diabetes.
One of them is theobromine, an alkaloid that activates the nervous system.
Theobromine’s possible benefits in the treatment of diabetes “had never been described before in specialized literature,” ophthalmologist Jacqueline Mendonca Lopes de Faria said.
The study was conducted on rodents with induced diabetes and on cells from rodent and human tissues exposed to high concentrations of glucose to simulate diabetes.
Green tea and cacao are known for their antioxidant and anti-inflammatory effects and, while tea might provide protection from cardiovascular diseases, cacao lowers systolic blood pressure.