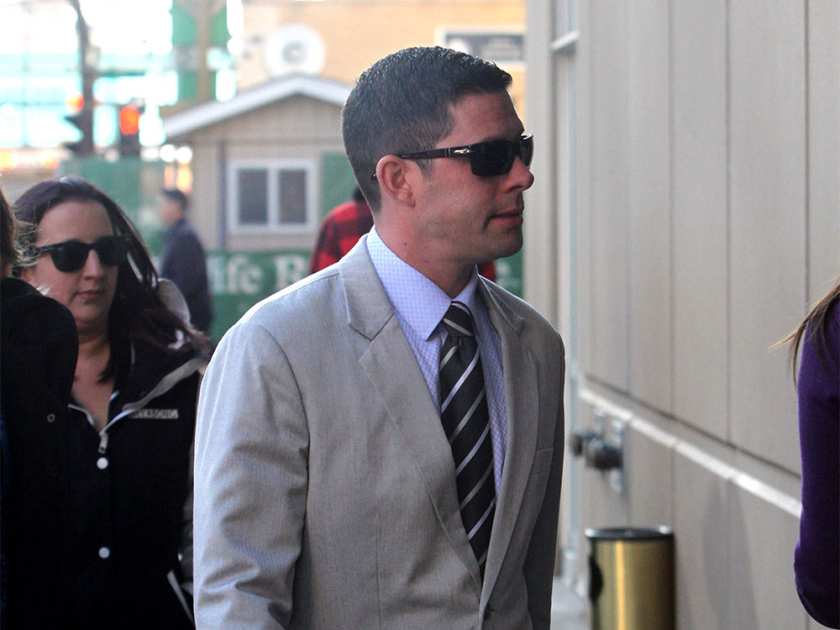 CALGARY: A man who argued he was fending off an attempted sex assault when he stabbed his new neighbour 37 times has been sentenced to seven years in prison.

Nicholas Rasberry was found guilty of manslaughter in October in the death of school teacher Craig Kelloway.

Rasberry admitted stabbing Kelloway after the two men and their wives had spent time drinking and visiting at a barbecue in May 2013. But he said he acted in self-defence.

Rasberry said that Kelloway, who was originally from Glace Bay, N.S., had threatened to sexually assault him and then his wife.

Calgary Queen’s Bench Justice Robert Hall said he did not view the stabbing as “mere self-defence.”

“Another aggravating factor is the devastating effect on the Kelloway family,” Hall said. “He was of good character and had never been in trouble with the law.”

Rasberry did not respond to the sentence, but said to a woman in the crowd “I love you.” She replied, “I love you too.”

With credit for time already spent in custody, Rasberry faces another five years and four months in prison.

The Crown has already appealed the conviction, arguing Rasberry should have been convicted of second-degree murder.

The judge had said at the time of his verdict that the prolonged attack on Kelloway, 31, was “excessive and unreasonable.”

“The amount of force used is so far out of proportion as to render the accused’s actions as being unreasonable.”

Hall did say there was a level of provocation and that’s why he found Rasberry, 32, guilty of the lesser charge instead of second-degree murder.

Court heard Rasberry made a call to 911 after the attack, saying he’d stabbed Kelloway when the teacher tried to have sex with him after the women had left them alone.

He told investigators he felt like he had to “put him down,” but said the last thing he wanted was for Kelloway to die.

The Crown had argued Rasberry, who didn’t testify during the trial, had not sufficiently explained why he needed to use three knives or why the attack was so vicious.

A medical examiner testified that Kelloway’s chest cavity, lungs, ribs, intestine and diaphragm were punctured. The expert said the attack was so violent that knife fragments, including the tip, were left in Kelloway’s body.