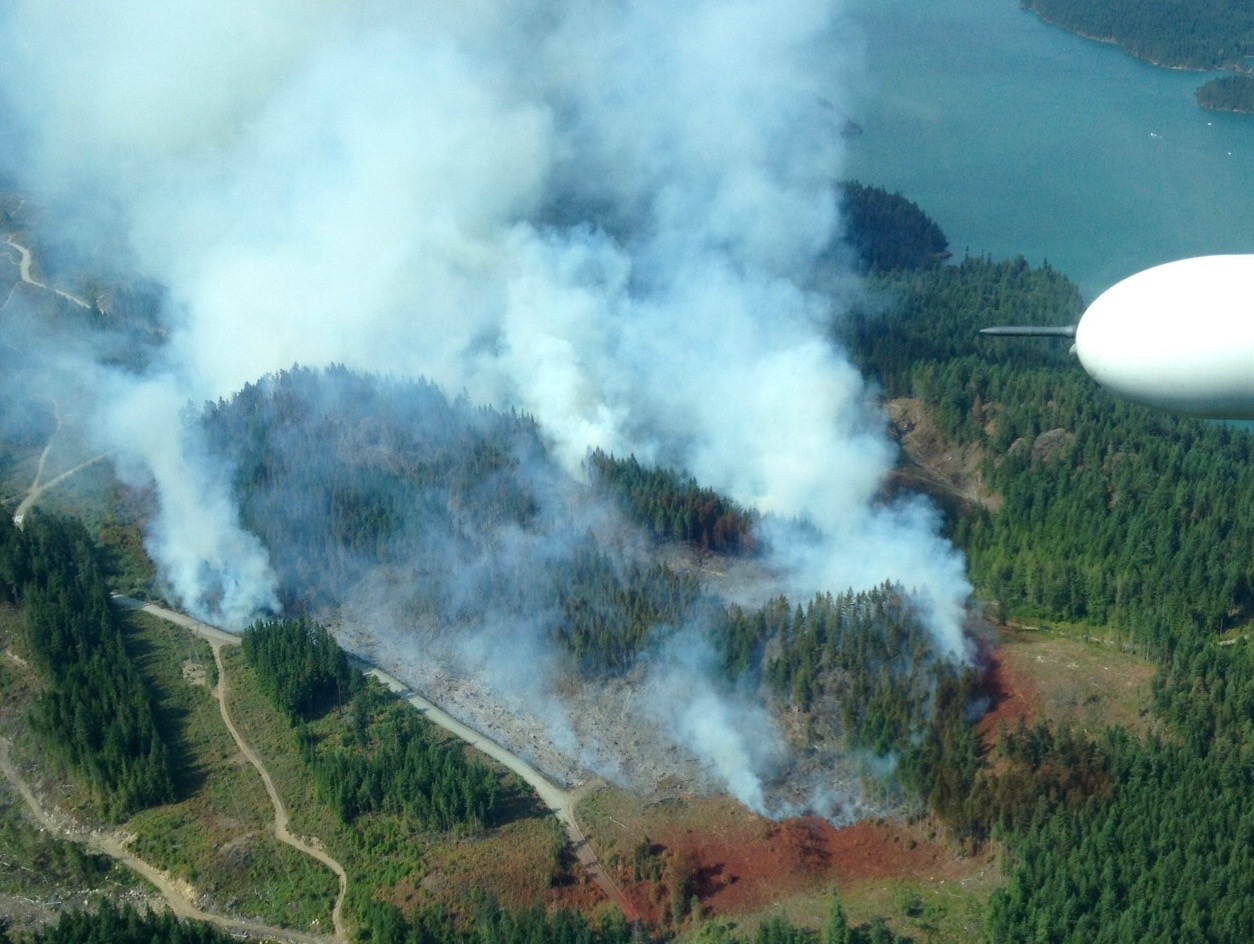 By Gemma Karstens-Smith, THE CANADIAN PRESS
VANCOUVER: Fire officials say they are disappointed to see new human-caused fires burning across the province despite constant warnings about hot, dry conditions.
There have been 1,390 wildfires in B.C. this season, including 428 that were human-caused, said Provincial Fire Information Officer Kevin Skrepnek.
“To have to divert resources and personnel and expose ourselves to risk to address a preventable, human-caused fire is certainly disappointing,” he said.
A fire discovered burning in slash and brush about 20 kilometres north of Harrison Hot Springs Sunday afternoon was started by humans, and has grown to more than half a square kilometre.
Skrepnek said it’s hard to say exactly how big the blaze is.
“The fire is creating so much smoke, it’s quite difficult to ascertain an accurate size at this point, just because of the wind and the conditions in the area.”
Wind is fanning the aggressive fire, blowing smoke and embers which makes it difficult for fire crews to fight the flames.
About 70 personnel are working on the fire with four helicopters and heavy machinery.
Air tankers, including the famed Martin Mars bomber, attacked the blaze Sunday, dropping water and retardant.
The fire is not threatening any homes or structures, but several nearby campsites have been evacuated by RCMP.
The sites weren’t immediately threatened by the fire and there was no official evacuation order issued, Skrepnek said, but the area was cleared to make it easier for fire crews to do their work.
“We just wanted to be proactive getting those folks out of there,” he said, adding that crews counted about 200 vehicles leaving the area.
About 140 fires are currently burning throughout the province and the fire danger rating in some areas – particularly in the southwest just inland from the coast – has been increased to extreme.
More than $169 million has been spent fighting wildfires in B.C. this season.