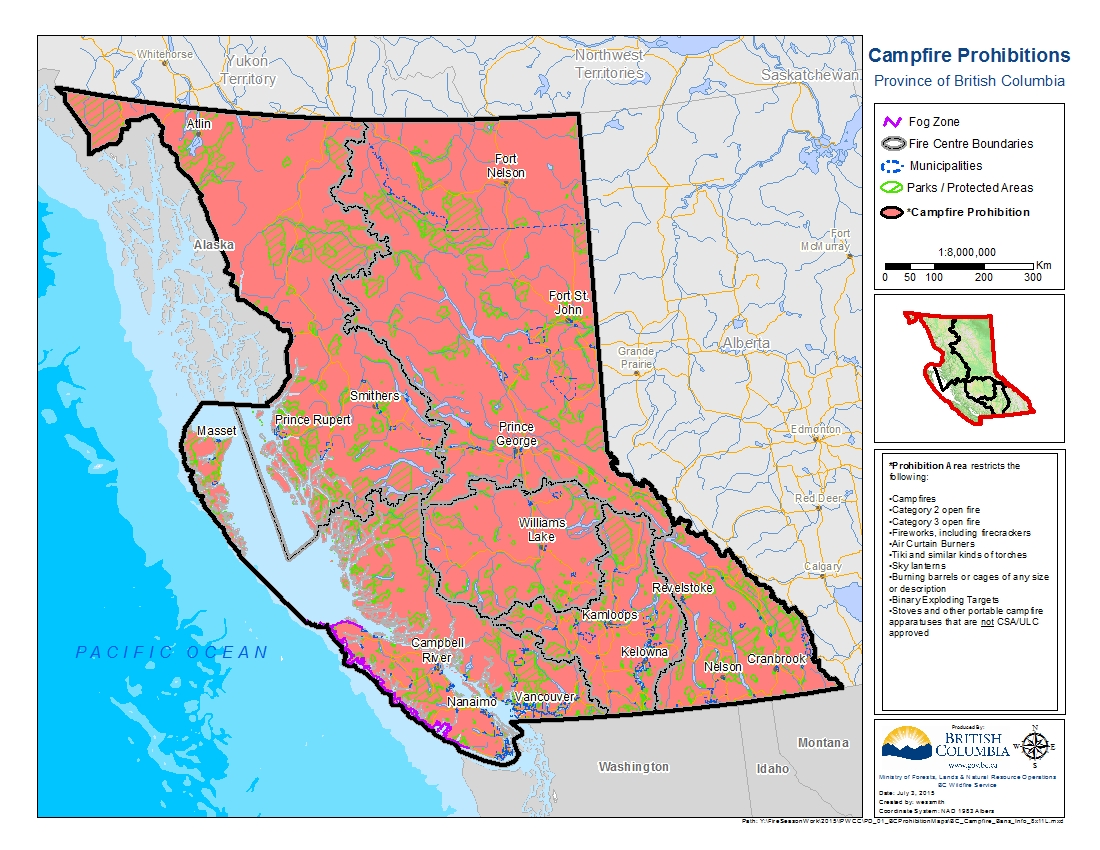 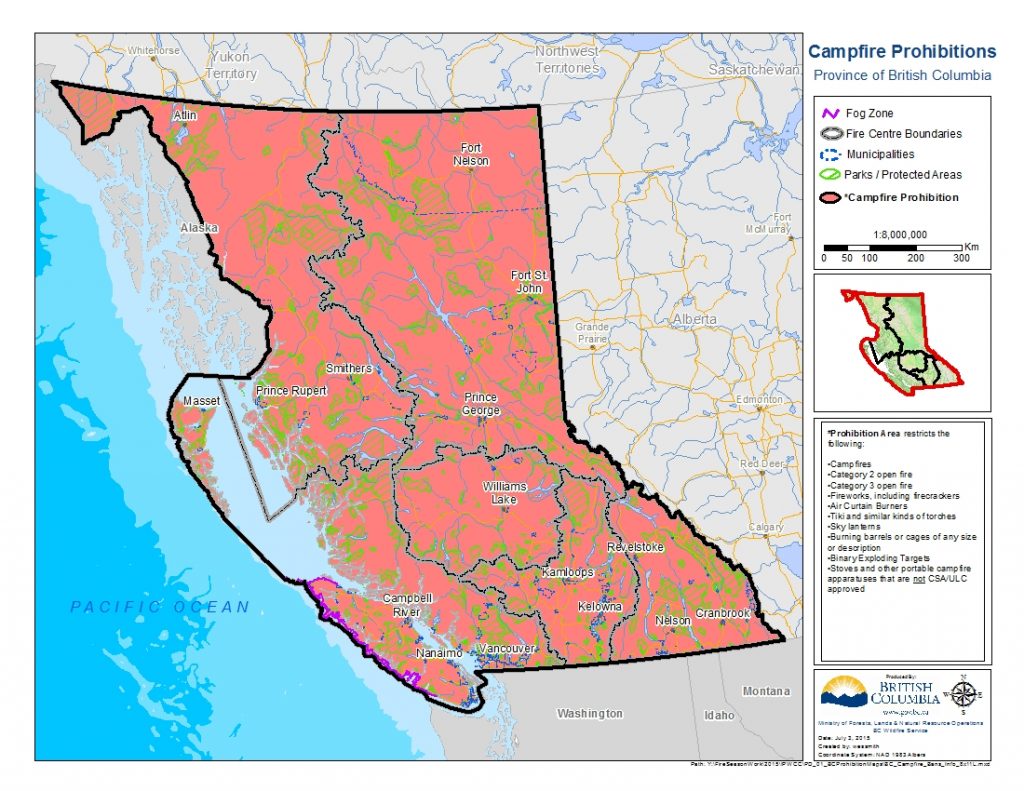 KAMLOOPS: Effective at noon (Pacific time) on Friday, July 3, 2015, all open burning, including campfires and fireworks, will be prohibited throughout the majority of the province, Forests, Lands and Natural Resource Operations Minister Steve Thomson announced.
This prohibition will remain in place until the public is otherwise notified.
This extraordinary step is being taken to help prevent human-caused wildfires and protect public safety. Unseasonably hot and dry weather is being experienced around the province and any preventable, human-caused fires divert critical personnel and resources from other incidents. The BC Wildfire Service is responding to over 150 active fires in the province.
Campfires will still be allowed in the area known as the “Fog Zone” along the western coast of Vancouver Island. A map of the area covered by this open burning prohibition and campfire ban is available online at: http://bit.ly/1IyUZG4
This ban applies to:

This prohibition does not apply to cooking stoves that use gas, propane or briquettes. It also does not apply to a portable campfire apparatus with a CSA or ULC rating that uses briquettes, liquid or gaseous fuel, with a flame length of 15 centimetres or less. The use of this equipment may be prohibited locally and at a later time if deemed necessary so check “current fire bans” online at: www.bcwildfire.ca The use of a portable campfire apparatus that does not meet the conditions noted above is prohibited.
Minister of Forests, Lands and Natural Resource Operations Steve Thomson said, “We’re committed to safeguarding B.C.’s families, natural resources and infrastructure from wildfires. Given the hot and dry conditions in most of the province, we are implementing this provincewide campfire ban to help protect our communities.”
This prohibition covers all BC Parks, Crown and private lands, but does not apply within the boundaries of local governments that have forest fire prevention bylaws and are serviced by a fire department. Please check with civic authorities for any restrictions before lighting a fire.
The “Fog Zone” is a two-kilometre-wide strip along the outer coast of Vancouver Island, stretching from Owen Point (near Port Renfrew) north to the tip of Vancouver Island and around to the boundary of the District of Port Hardy. This strip extends inland two kilometres from the high-tide point. A map of the Fog Zone is available online at: http://bit.ly/1GMvwnU
Anyone found in contravention of an open burning prohibition may be issued a ticket for $345, required to pay an administrative penalty of $10,000 or, if convicted in court, fined up to $100,000 and/or sentenced to one year in jail. If the contravention causes or contributes to a wildfire, the person responsible may be ordered to pay all firefighting and associated costs.
To report a wildfire or unattended campfire, call 1 800 663-5555 toll-free or *5555 on a cellphone.