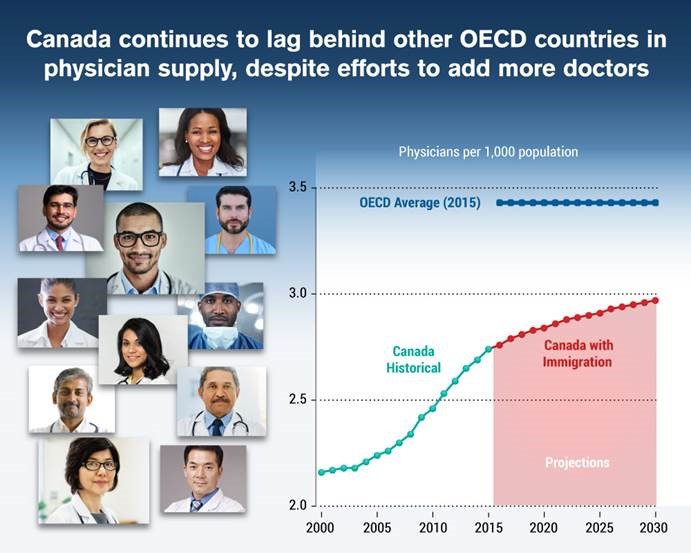 Vancouver: The number of doctors in Canada (per person) lags far behind other developed countries, and if current trends continue, Canada likely won’t close the gap in the coming years, finds a new study released by the Fraser Institute, an independent, non-partisan Canadian public policy think-tank.

“Physicians play a crucial role in Canada’s health-care system, but compared to other developed countries, Canada has a low ratio of physicians to people,” said Steven Globerman, international business professor at Western Washington University, Fraser Institute senior fellow and co-author of The Supply of Physicians in Canada: Projections and Assessment.

The study finds that in 2015, Canada had just 2.7 doctors per 1,000 people. That’s almost 20 per cent lower than the 3.4 per 1,000 person average for the other developed countries in the Organization for Economic Co-Operation and Development (OECD), a group of developed high-income countries like Canada.

Crucially, projecting the number of doctors in Canada into future years—assuming current medical school enrolment and foreign-trained doctor trends continue—Canada will have 2.97 doctors per 1,000 people by 2030, still well below the 2015 OECD average.

“Policymakers should think now about how having relatively few doctors will affect Canadian patients and the health-care system more broadly.”