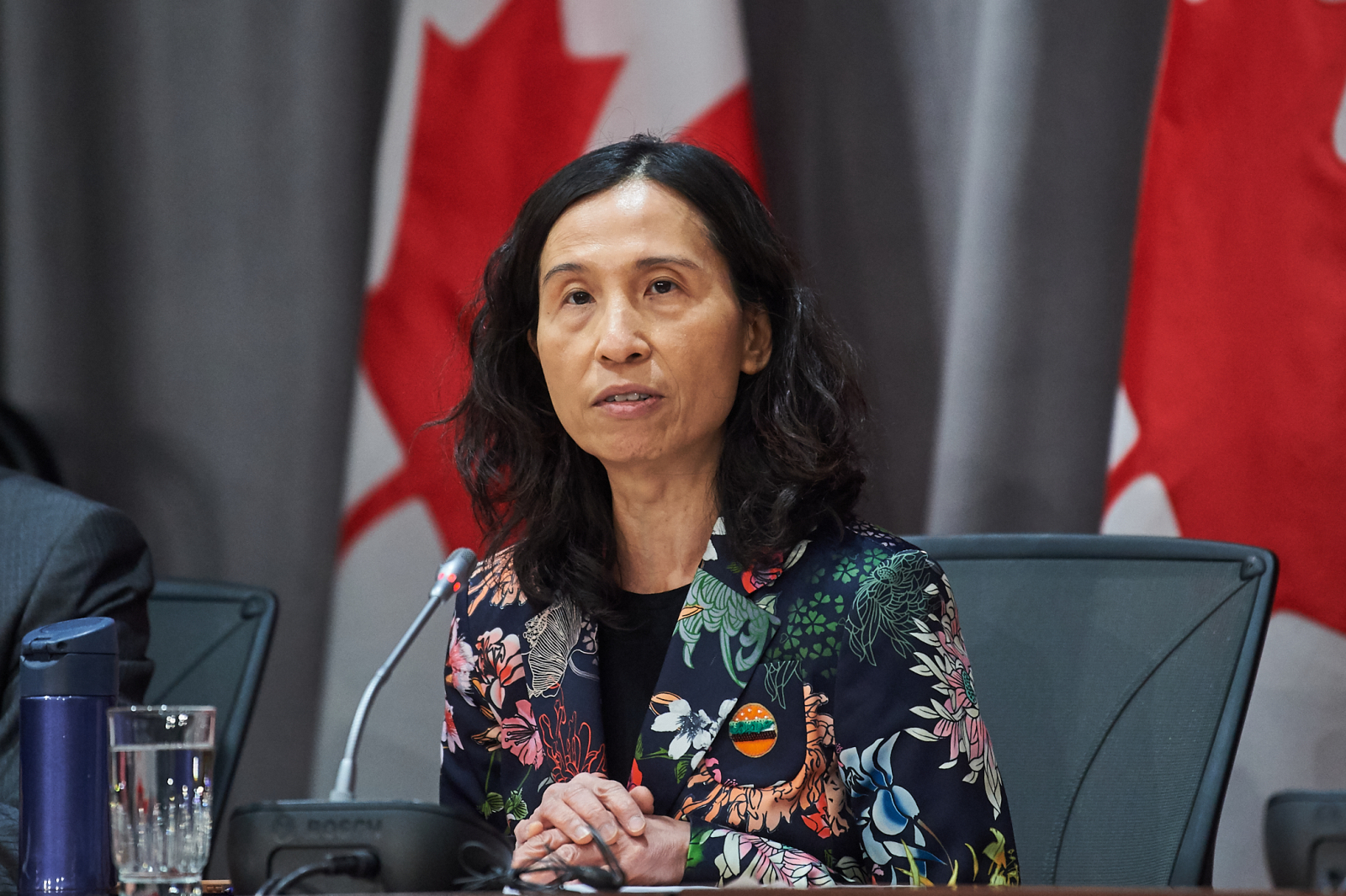 Ottawa: Canada is on track to complete its millionth test for COVID-19 sometime in the next 24 hours but is still falling far short of the number of daily tests the country’s chief public health officer said last month should soon be possible.
Dr. Theresa Tam said on Wednesday that the pandemic continues to slow right across Canada, with some worrisome hot spots remaining in long-term care homes and in the remote northern region around La Loche, Sask. La Loche, a Dene community 600 kilometres northwest of Saskatoon, has dozens of cases, including 22 new positive tests on Wednesday.
Ontario, which reported 412 new cases Wednesday, announced some easing of restrictions on businesses. It plans to let garden centres and hardware stores admit customers starting this weekend, and to allow all other retail outlets that have entrances direct from the outdoors open for curbside pickup or delivery next week.
Later Wednesday, British Columbia Premier John Horgan outlined a gradual reopening of the province’s economy with certain health services, retail outlets, restaurants, salons and museums resuming at least partial operations in mid-May.
All of the government’s reopening plans are contingent on organizations and businesses developing plans that follow provincial guidelines to control the spread of COVID-19.
Hotels, resorts and parks would follow in June, with some entertainment venues opening again in July, but there is no word on when large concerts or professional sports with live audiences will be allowed again.
As of Wednesday, Tam said more than 970,000 tests have been completed in Canada, an increase of more than 30,000 from the day before. Canada, which has averaged a little more than 30,000 tests a day for the last week, should pass the one million mark for tests within the next day.
But two weeks ago, Tam said she felt provinces had the capacity to expand the daily testing to 60,000.
Tam and deputy public health chief Dr. Howard Njoo say the number of tests done is not as important as ensuring the right tests are being done, on the right people. But Tam said there are provinces expanding their testing criteria to include people with very mild or even abnormal COVID-19 symptoms, hoping to spot possible community cases that are going undetected right now.
“For sure that many jurisdictions now are opening up clinics where people with even mild symptoms can get tested, so that is definitely happening,’’ she said.
Tam said reopening schools and businesses relies heavily on being able to test and trace contacts of positive infections. But because so much of the spread of COVID-19 can come from people without any symptoms, she also stressed that physical distancing and hand washing will remain critical as schools and businesses reopen.
Ontario failed to meet its provincial target of 16,000 tests for the second day in a row Wednesday, after exceeding it for the previous three days. Just under 13,000 tests were done May 5, and 10,564 on May 4.
Premier Doug Ford, who blasted some local public health officials Tuesday for failing to meet provincial orders on testing, said Wednesday he would not apologize for the comments. It wasn’t personal but everyone must be held accountable, Ford said.
His frustration over testing aside, Ford said Ontario’s overall case numbers are good enough to start easing restrictions on the retail sector. Ford said, however, that Ontario is “nowhere close’’ to following Quebec’s lead and allowing seniors in private retirement residences where no COVID-19 is present to have visitors or go outside for walks. Quebec announced Tuesday its move to lift those restrictions starting next week.
More than 220 seniors’ homes in Ontario, and more than 250 in Quebec, have reported outbreaks of COVID-19. Nationally, more than 80 per cent of all deaths are linked to long-term care, a fact Tam said Wednesday is behind the reason Canada’s death total of more than 4,100 is about 200 more than national projections had predicted.
Both Ontario and Quebec have requested military help in the homes, with thousands of health-care workers off sick or in isolation because of COVID-19. Treasury Board President Jean-Yves Duclos said Wednesday more than 700 members of the military are already on site in 13 Quebec care homes, and another 300 are being deployed soon to seven more.
Several outbreaks in care homes have been resolved, including 41 in Ontario. The first care home in Canada to declare an outbreak, the Lynn Valley Care Centre in North Vancouver, was declared free of the virus Tuesday, two months after the outbreak was announced.
Tam expressed ongoing concern about the outbreak in La Loche and its surrounding Indigenous communities. Saskatchewan is reporting 138 active COVID-19 cases in the far north, most of them in the La Loche area. Since Monday, 69 new cases were confirmed in La Loche.
Tam called it “an area of concern’’ because of the remoteness and the higher risk the virus poses in Indigenous communities. She said health workers are going door to door in the area trying to seek out patients with symptoms.
Outside of Quebec, Ontario and the La Loche region, the spread of the virus appears to be very slow. Atlantic Canada reported just eight new cases in total Wednesday _ seven in Nova Scotia and one in New Brunswick.
Prince Edward Island officials said only one of the 27 patients confirmed with COVID-19 in that province hasn’t yet recovered. Newfoundland reported no new cases for the fifth day in a row.
In the Prairies, Manitoba reported two new cases Wednesday. Saskatchewan reported 25 new cases Wednesday, all but three of them in La Loche.
Prime Minister Justin Trudeau did not hold his regular daily COVID-19 briefing Wednesday, as he attended a repatriation ceremony for six Canadian soldiers killed when their helicopter crashed last week.
The House of Commons held its second in-person sitting of the special COVID-19 committee in Ottawa, where opposition parties grilled the government on its response plan.