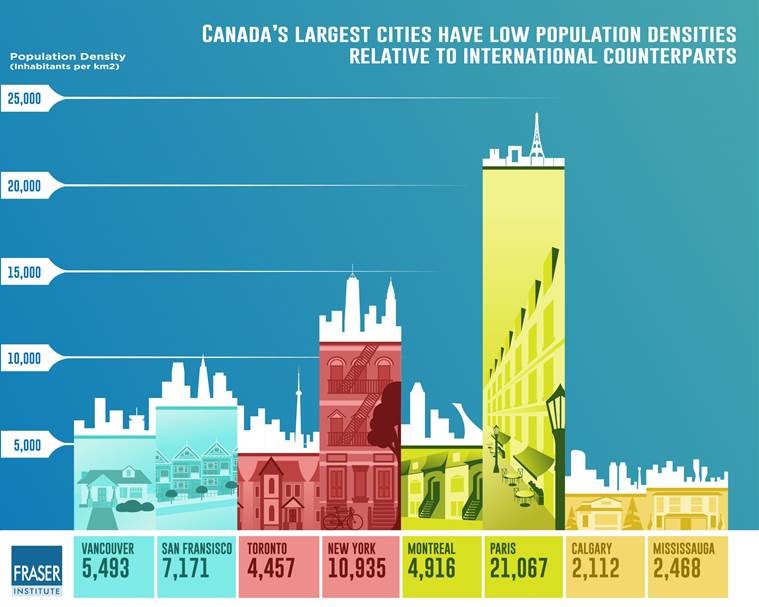 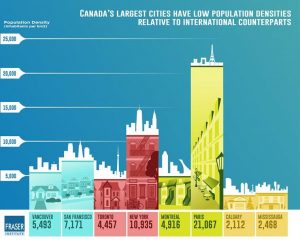 Toronto: Canadian cities—including Toronto and Vancouver, which are experiencing an affordability crunch—can accommodate much more housing supply as they have much lower population densities than other major urban centres around the world, finds a new study by the Fraser Institute, an independent, non-partisan Canadian public policy think-tank.

“Compared to their international peers, Canadian cities have much lower levels of density, and thus an ability to expand the supply of housing,” said Josef Filipowicz, senior policy analyst with the Fraser Institute’s Centre for Municipal Studies and author of Room To Grow: Comparing Urban Density in Canada and Abroad.

The study, which compares population densities in 30 metropolitan centres in high-income developed countries, finds that Canadian cities are among the least-dense.

In Toronto, there are 4,457 people per square kilometre. In fact, Toronto’s population could triple and the city would still barely have the density of Brooklyn (14,541).

“Some of the most desirable, liveable cities in the world have much higher population densities than Canada’s biggest cities.”