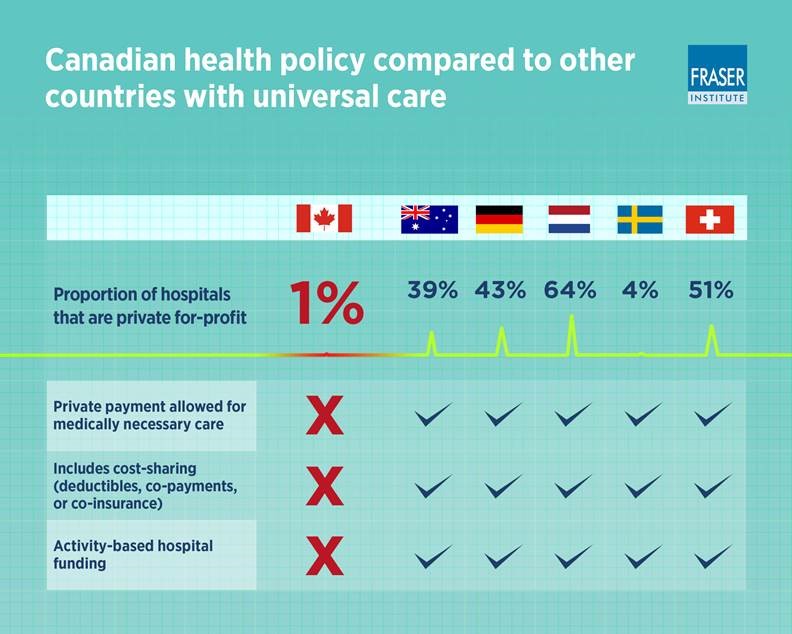 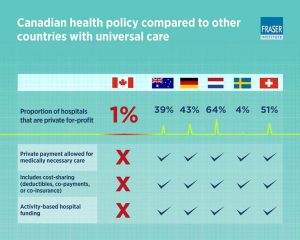 Vancouver: Canada’s approach to health policy is much more restrictive than in other developed countries with more successful universal health-care systems, notably on the use of the private sector and patient cost-sharing, finds a new study released by the Fraser Institute, an independent, non-partisan Canadian public policy think-tank.

Previous research has shown Canada ranks among the top spenders on health care internationally but ranks poorly on a number of key performance indicators.

“Universal health-care systems in other developed countries have evolved and progressed over the years, providing better services for patients—but not in Canada,” said Bacchus Barua, associate director of health policy studies at the Fraser Institute and co-author of How Canadian Health Care Differs from Other Systems, part of a two-part series on the Canada Health Act.

The study compares the health policies that characterize Canada with those in eight other high-income OECD countries with universal health care: Australia, France, Germany, the Netherlands, New Zealand, Sweden, Switzerland and the United Kingdom.

“It’s not a question of whether Canada should have universal health care, but rather how Canada can have the best universal system in the world,” said Nadeem Esmail, Fraser Institute senior fellow and study co-author.

“Other countries with universal health care have found ways to improve their systems for the benefit of patients and taxpayers, and Canadian policymakers should learn from their progress.”