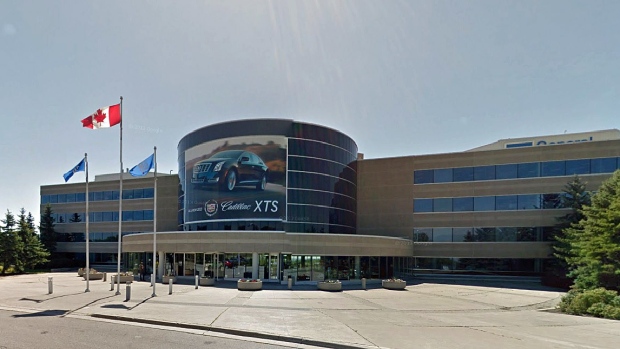 The Canadian Press
OTTAWA: A filing with the U.S. securities regulator says the Canadian government unloaded its remaining stake in General Motors for about C$3.26 billion.
But it’s not immediately clear exactly how much of that amount Ottawa will pocket, or how much will go towards fees and charges.
A document posted by the U.S. securities and exchange commission overnight says Ottawa sold nearly 73.4 million GM shares Monday for about US$35.61 each.
The government announced Monday it had sold off the rest of its GM stock in an unregistered block sale to Goldman Sachs & Co.
But Ottawa did not disclose how much cash it made from the transaction, nor how much the deal would help the government’s bottom line.
The cash injection from the sale will help the Harper government overcome the oil slump and deliver on its central promise to balance the election-year budget.
GM shares closed Monday at US$36.66.
The federal government bought the GM shares as part of the 2009 effort to help bail out the then-struggling automaker.