Asian Journal
Home Hot Off The Press Canadian creators of hitchhiking robot mull rebuild after it was destroyed in... 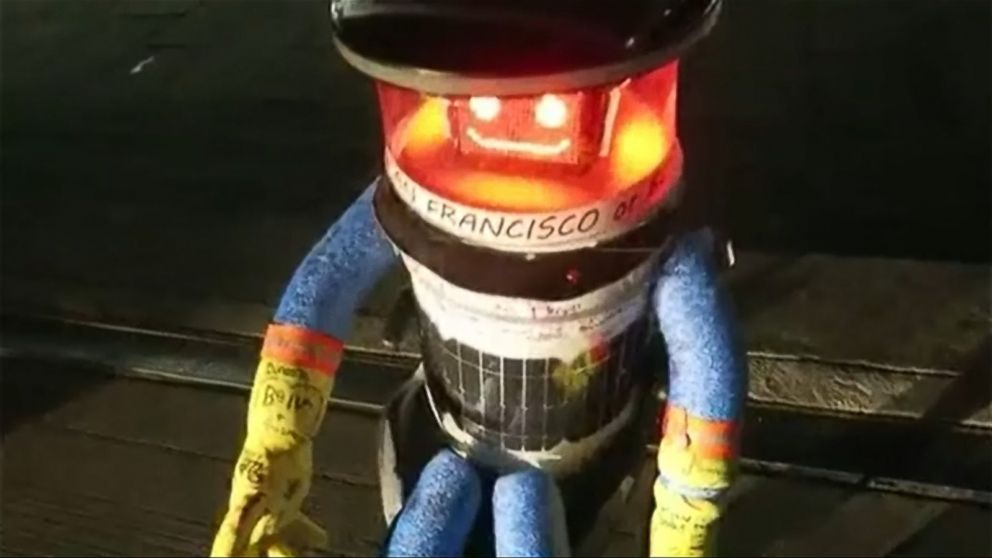 By Charmaine Noronha, THE ASSOCIATED PRESS
TORONTO: The Canadian talking and tweeting hitchhiking robot that met its untimely end in the United States over the weekend might be given another chance at life.
HitchBOT’s co-creators Frauke Zeller and David Smith said Monday that they’ve been overwhelmed with support and offers to revive the robot since it was vandalized beyond repair and left on a street in Philadelphia on Saturday and they are considering rebuilding it.
The robot was on a hitchhiking, social experiment adventure in the U.S. after trekking across Canada and parts of Europe without incident last year. Strangers helped the immobile hitchBOT travel from place to place while checking items off its bucket list.
The solar panel-powered robot was designed to traverse continents on the kindness of strangers and could toss out factoids and carry on limited conversation. It was equipped with a GPS tracker and a camera to chronicle its journey and was programmed to snap a photo of what was going on around it every 20 minutes.
The child-sized droid started its U.S. journey on a road in Massachusetts on July 17, its rubber-gloved thumb raised skyward, a strip of tape across its body reading “San Francisco or bust!”
During its short-lived U.S. trip, the hitchBOT attended a Red Sox game _ even donning a jersey over its cylindrical torso _ and took a ride on the New York City subway.
Smith said the hitchBOT even had some good times in Philadelphia, attending an extended family picnic at a park and being taken in by a well-known You Tube user who set the robot up for its next ride.
But it was then that the innocent hitchBOT met its demise.
The creators were sent a photo of the vandalized robot collapsed among trash and dead leaves on the pavement in Philadelphia, its pool noodle arms ripped from its torso, its plastic cake saver skull and robot brain nowhere in sight. They decided not to share that image because it could be upsetting to some viewers.
Zeller said many people have reached out with offers to rebuild the droid, and her team will make a decision on whether to bring the robot back to life in the coming days.
“We don’t really know what to do, so we have to sit down with the whole team and really see where we are and what can be done,” Zeller said.
Since word got out, thousands of supporters have taken to social media to express their sadness and outrage: “I am incensed. I hope the perpetrators are found and punished. Long live the good memories. Hope to see you reincarnated soon!” wrote one Twitter user.
“If I could drive, I would have personally helped you across the USA and kept you safe,” wrote another.
The creators don’t know who destroyed the hitchBOT or why and are not interested in investigating the incident or pressing charges. For now, they are focusing on the question, “What can be learned from this?”
“We’ve always asked, in the context of this project: ‘Can robots trust humans?”’ Smith said.
“And, you know, we would say at this point, mostly.”