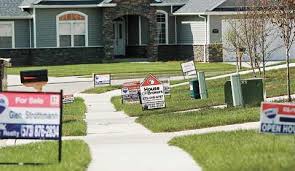 Toronto, Nov 20 (IANS) Canada has the highest housing prices in relation to its residential rental rates in 26 housing markets around the world, according to a survey.

Canada, together with Britain and Australia, has “notably over-valued real estate markets,” which are more than 30 percent overpriced, Xinhua on Friday quoted a survey by the Economist magazine as saying.

The survey suggests that “renting may provide more short-term value in the Canadian market.”

In comparing house prices to the countries’ respective rental rates, the magazine found Canada at the top of its charts, along with countries like Australia, Sweden and Britain.

According to the Real Estate Board of Greater Vancouver, prices for all types of residential housing jumped 99 percent in east Vancouver, and 82 percent on the west Side.

Warnings about over-valuation of Canada’s housing market have largely been ignored, with Canadians showing no hesitation in continuing to buy, especially in Toronto and Vancouver, the largest and third largest city in the country.

Property prices around the world are on the rise as a whole, at a median pace of 4.7 percent annually, according to the survey.

Only China, Singapore, France, Greece and Italy are witnessing a falling housing prices.