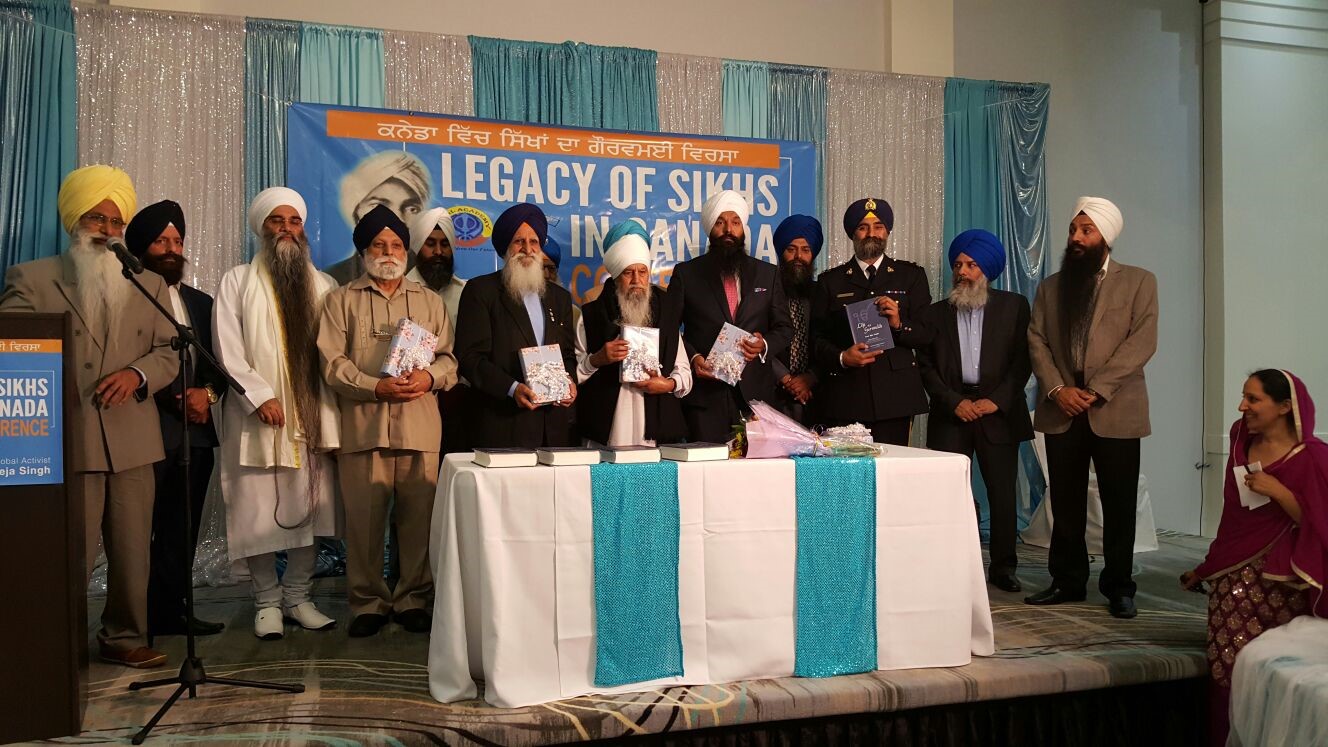 Surrey: Canadian Sikhs are learning more about one of the first Sikh scholars and activists to arrive in Canada through the launch of a new book on the life of Sant Teja Singh.  A conference titled “The Legacy of Sikhs in Canada” dedicated to Saint, Scholar, and Global Activist Sant Teja Singh took place on Saturday July 9th at the Taj Park Convention Centre in Surrey.

As the next generation of young Sikhs establishes their roots in Canada we must not forget the struggle of the early Sikh pioneers of the early 1900s. One of the key figures in the struggle for Sikh and Indian rights in Canada was Sant Teja Singh. Professor Teja Singh was the first Sikh to enter Cambridge University with a turban and graduated from Harvard University. During his studies at Columbia University in USA, Sant Teja Singh was invited to Canada in 1908 and led the local Sikhs and the Indian community to win residency rights in Canada.  At that time the Canadian government made plans to send the Sikhs and Indian immigrants to Honduras, a very poor country infested with yellow fever. Sant Teja Singh led a delegation to Ottawa to lobby against the act in the early 1900’s and also wrote and registered the constitution of Khalsa Diwan Society in Canada.

Much of this is very little known by today’s Canadian Sikhs. “Life of a Gurmukh” written by Dr. Khem Singh Gill & Published by Khalsa Diwan Society which was released at the conference for the first time in Canada sheds new light on the life of Sant Teja Singh.

“Our desire is that the community especially the younger generation is inspired by the life of Sant Teja Singh and sees him as someone whose footsteps they can follow. Here we have a fully baptized young Sikh gentleman who attended the Cambridge University in the early 1900s and then spent his time as an activist for rights and freedoms right here in our very own city of Vancouver. There is still a lot to be proud of amongst the challenges and hardships faced by early Sikh settlers in Canada,” stated organizer Avtar Singh Gill of the Akal Academy in Surrey, BC.

Surrey Centre Member of Parliament Randeep Singh Sarai delivered a special message sent by Defense Minister Hon. Harjit Singh Sajjan whose grandfather had taken Amrit (baptism) from a ceremony organized by Sant Teja Singh. Dr. Khem Singh Gill author of “Life of a Gurmukh” delivered the key note and shed light on the life of Sant Teja Singh.  Guest speakers included Dr. Sukhmander Singh from Santa Clara University California and Sohan Singh Pooni who is a historian and special messages were sent by Baba Iqbal Singh Ji, President Kalghidar Trust and Bhai Pinderpal Singh. First Sikh RCMP officer Baltej Singh Dhillon was also in attendance amongst the hundreds of local Sikhs that gathered for the conference.  This event largely covered by the media and attended by many Sikh Societies of the Lower Mainland. The event was hosted by Dr. Pargat Singh Bhurji and Dupinder Kaur.

To obtain a copy of the book or for more information, please contact the Akal Academy in Surrey via e mail: akalacademysurrey@gmail.com