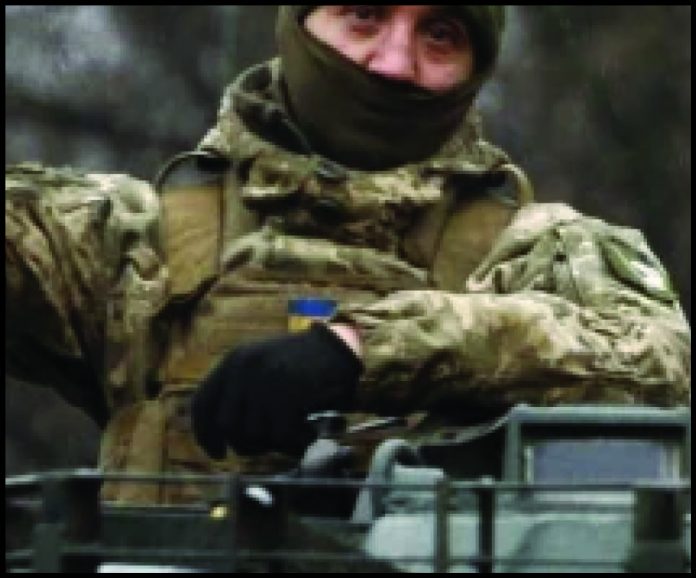 Ottawa: When Paul Hughes crossed into Ukraine to help fight the Russians early last month, he expected he would be armed and taken to the front lines. But he couldn’t get a weapon or ammunition.
The 57-year-old Calgary native who served in the Princess Patricia’s Canadian Light Infantry from 1983 to 1987 during the Cold War said he was disappointed.
“I think you’d have to come up with a different word than disorganized,’’ Hughes said in an interview from Lviv, describing the so-called International Legion for the Territorial Defense of Ukraine. “I don’t think they were ready for that call to action.’’
Ukrainian President Volodymyr Zelenskyy called out in February for people around the world to help his country fight the Russians by joining an “international brigade,’’ and Kyiv said about 20,000 foreigners answered.
But some Canadians who want to pick up arms for Ukraine said they have faced unexpected hurdles, with some such as Hughes finding a lack of organization even as others have been turned away before they can get out the door.
A group of Ukrainian legislators visiting Ottawa last week stood by the need for more foreign volunteers. Ukrainian MP Ivanna Klympush-Tsintsadze said “freedom fighters’’ are not only welcome, but an “inspiration and encouragement.’’
She also qualified the invitation, saying Ukraine wants “everybody who knows how to fight, or who knows how to render medical aid’’ such as paramedics.
Bryson Woolsey, a 33-year-old cook from Powell River, B.C., said he was turned away because of a lack of combat experience. He was disappointed, especially since he talked publicly about his desire to help.
“I felt like I had let people down,’’ Woolsey said in Facebook text messages.
“I guess in a way I felt disingenuous as well. Like I said, I was doing this thing and then I couldn’t. That was tough.’’
Former Liberal MP Borys Wrzesnewskyj is part of a group of volunteers who offered to help the Ukrainian Embassy in Ottawa contact and vet Canadians wanting to answer Zelenskyy’s call to arms. Despite the “tremendous’’ response, Wrzesnewskyj says his group’s work is in a “holding pattern’’ as Ukrainian officials struggle with the sheer volume of applications.
“It’s important that those who volunteer have military combat experience,’’ he said. “Those are the types of individuals that are being called for.’’
Retired Canadian major-general Denis Thompson said a lot has changed in Ukraine since February, with Ukrainian forces having since blunted Russia’s offensive in many areas and starting to push back.
By Hina Alam
and Lee Berthiaume
The Canadian Press