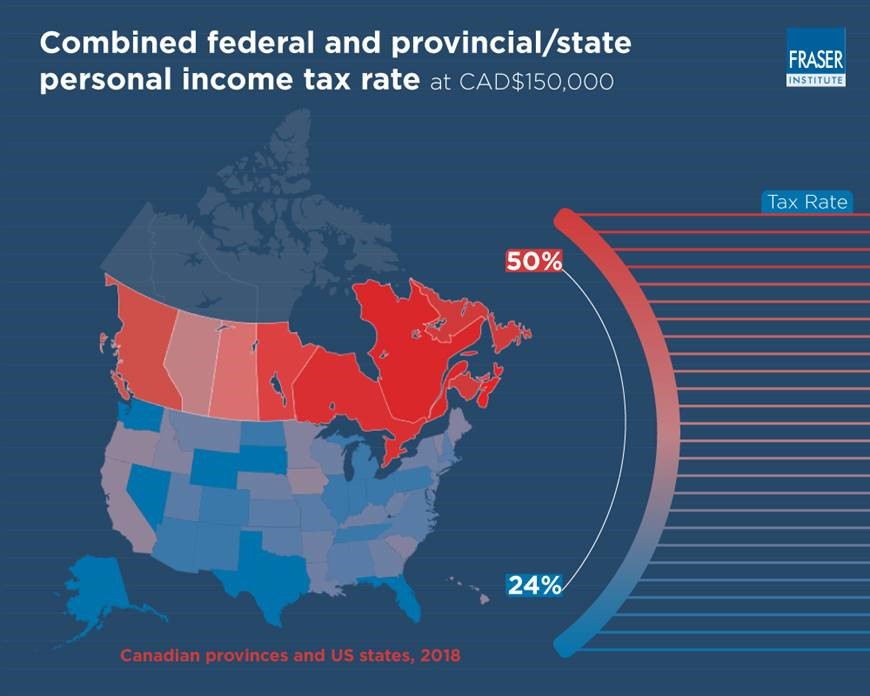 The stark difference in tax rates between the two countries is due in part to recent personal income tax increases at the federal and provincial levels. For example:

“Policymakers in Canada should evaluate personal income tax rates in Canada with an eye to tax rates paid in neighbouring and competing jurisdictions.”