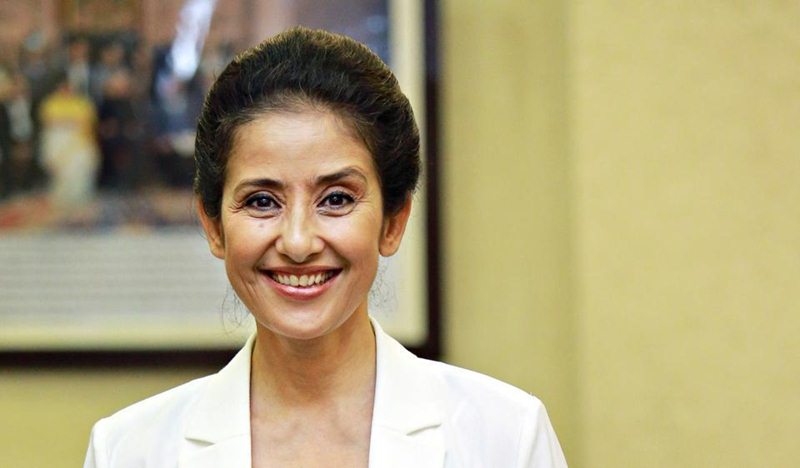 New Delhi: Actor Manisha Koirala, who won a tough battle against ovarian cancer, feels the disease came into her life as a gift as her vision is now sharper, mind clearer and her perspective realigned. As she completes six years of being cancer-free, she shares her story – one marked by apprehensions, disappointments and uncertainties – and the lessons she learnt along the way.

In her memoir “Healed: How Cancer Gave Me a New Life”, she talks about her treatment in the US and the care provided by the oncologists there to how she rebuilt her life once she returned home. Manisha says her book is a result of intense soul-searching and she has plunged deep into the dark, bottomless pit of painful memories and woven a story out of them.

“It has taken a lot of courage to confront and relive my experiences. But I needed to do so in order to become a true storyteller for the readers’ sake as well as my own,” she says. She was diagnosed with ovarian cancer in 2012.

Manisha says for a decade, she had abused her body. “The poor lifestyle I had been leading made my body susceptible to diseases. Had it not been cancer, some other malady would have struck me. In hindsight, on a dark, lonely night, I still wonder what it could have been and whether it would have been better or worse,” the book, co-authored with Neelam Kumar and published by Penguin Random House, says.

Born into the prominent Koirala family in Nepal, Manisha made her Bollywood debut with “Saudagar” in 1991 and went on to act in films like “1942: A Love Story”, “Akele Hum Akele Tum”, “Bombay”, “Khamoshi: The Musical”, “Dil Se”, “Mann”, “Lajja” and “Company”.She took a break from acting in 2012 and returned five years later with the coming-of-age drama “Dear Maya”, Netflix’s “Lust Stories” and “Sanju”.

The comeback was not so easy. “At first it was difficult for me to take on the role of a character artist as I had been used to playing the heroine. Then I saw the blessing in this. Having plunged into the depths of my emotions, I could now express the intricate complexities, deeper nuances and profounder layers of each character.” In her words, she began her “second innings hesitatingly”, with a Kannada film.

Manisha looks back at the period just after her foray into films in the early ’90s with a “lot of regret and sadness”.

When films happened suddenly, she was just 19-years-old and not ready to handle Mumbai.

“Its unfamiliarity and expanse scared me. For a young, unexposed Nepalese girl, Bollywood was a terrifying experience. Unsure of how I should be behaving and interacting on the film set, I hid myself behind books. They protected me from my fear of interacting with everyone who seemed to be so sure of themselves,” she says.

She then decided to do something to overcome her shyness and feeling of awkwardness.

“Alcohol came to my rescue. I loved the feeling of confidence it gave me, loosening me up, wiping out my inhibitions. Fortified by drinks, my shyness disappeared and I became quite at ease while socialising. Emboldened, I took to drinking more. and more,” she writes.

Parties became a way of life for her. Either friends would party at her house or she would go over to theirs, Manisha says.

In school, too she was a shy, introverted girl who found solace in books.

“I think reading a lot of books does that to you. I was ahead of my classmates in some ways. While they were enjoying Mills & Boons, I was reading Ayn Rand.”