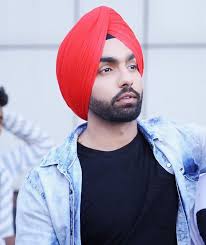 New Delhi: Punjabi singer-actor Ammy Virk, who has featured in romantic-comedy films like “Nikka Zaildar 2” and “Sat Shri Akaal England”, says it’s tough for experimental movies in his language to create fireworks at the box office.

Punjabi artistes like Gurdas Maan, Diljit Dosanjh, Harbhajan Mann and Gippy Grewal are singers as well as actors. Asked about the common combination of singing and acting in Punjab, Ammy told IANS in a telephonic interview from Mumbai: “We have a strong fan following. So when we enter movies, it becomes a bit easy to promote ourselves and the films.”

“Acting is like being natural…like how we stay at home and are outside. We don’t ‘act-act’ as such. In Punjab, comedy and family-based movies work well. If families don’t go to watch our movies, then money won’t get recovered.

“You can’t experiment much. If you make an experimental film in Punjab, then I don’t think it will work right now as the market is not that big. If the market grows, then more type of genres like action and suspense can also do well.”

He is pumped up about his next film “Qismat”, also a romantic-comedy.

“It is releasing on September 21st. It also stars Sargun Mehta. She is brilliant and a very good actress,” he said.

The two had featured in the video of the 2017 hit song, which was also titled “Qismat”. The track had lyrics by Jaani and music by B Praak.

Ammy joined forces with Jaani and B Praak again. This time for “Hath chumme”, which was released by Sony Music last month. It is about adultery in a relationship.

“We had done ‘Qismat’ song last year. Then we thought of doing another good song. It takes time to do a good song. Everyone will compare your new song with your previous hit song. We had to choose between three to four songs. We chose ‘Hath chumme’ and luckily people liked it,” he said.

The song doesn’t have rap or bhangra — common elements in Punjabi music.

“It’s just that if dance-based songs become popular, people continue making those kind of songs. I can do fast as well as sad songs. In October, we will do a song which is dance-based,” he said.

“Yeah. It’s like the journey of a police official, who starts from a low rank and goes on to have a high rank. After doing Punjabi films, even I plan on joining Bollywood as a lead actor. I have some plans and I am working on them,” said Ammy, who has tweeted a photograph featuring him and Bollywood director Kabir Khan.

The “huge fan” of actor Akshay Kumar promises that he will take up “powerful” characters.

“I agree that in Punjab, comedy is more. That will be there (in his Bollywood films too) but it won’t be just comedy. I want to do good work,” said Ammy.