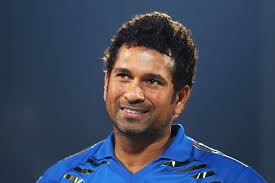 Birmingham: Indian cricket legend Sachin Tendulkar led the list of congratulatory messages for Team India after they reached their second consecutive the ICC Champions Trophy final by decimating Bangladesh by nine wickets in the semi-final, to set up a final date with arch-rivals Pakistan here on Thursday.

“So proud. Congratulations team India. Great performance by @imVkohli, A@ImRo45 & @SDhawan25! My best wishes for the finals against Pakistan,” tweeted Tendulkar, whose 75-ball 98 in a Pool A match against Pakistan in the 2003 World Cup will forever be talked about. India won that match by six wickets.

Tendulkar’s long-time opening partner Virender Sehwag, who many see as the next India coach, was at his humourous best.

India’s Test ace Cheteshwar Pujara, who is currently in England playing for Nottinghamshire in English County, said: “Fantastic win!! One step away from the trophy! Great going Team India.”

“Looking good at the half way mark of the match… bowlers have done a fantastic job once again in this tournament,” he tweeted.

“It’s not a win…It’s a statement. What a professional performance from Team India. Congrats and good luck for the finals,” said V.V.S. Laxman.

Shikhar Dhawan, who scored a quickfire 34-ball 46, tweeted: “Consecutive finals it is !!! Cant wait for the 18th.”