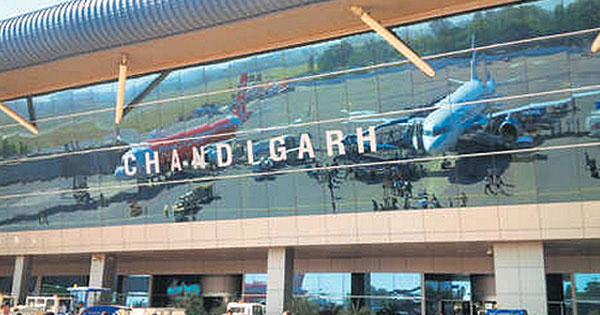 Chandigarh, Dec 1 (IANS) It got a flying start, literally, when Prime Minister Narendra Modi inaugurated Chandigarh’s new airport terminal in September with much fanfare. But Chandigarh’s first step towards international air connectivity seems grounded – at least for the moment.

The Chandigarh International Airport project, which was to connect the ‘City Beautiful’ to destinations like Dubai and other places like Bangkok, has not taken off and the city is unlikely to see any international flight in the near future.

Though there were earlier announcements, from the Punjab government, that the Chandigarh airport would see its first international flight taking off from here on October 19, nothing happened. The next date speculated on was Nov 19 but that too did not materialise.

The Chandigarh airport, which is operated by the Indian Air Force (IAF) and is under the Ministry of Defence, does not have adequate facilities for flights to land and take off in fog.

The IAF authorities do not allow commercial flights to operate between 8 p.m. and 6 a.m. from Chandigarh airport. The airport, which is a forward base for the huge IL-76 transport aircraft, is used by the IAF for air connectivity to Leh, Srinagar and other areas.

“In December and January, the fog takes its toll on all flights to and from Chandigarh. Last year, several flights were affected for days together. During winter, due to the fog, flights are always uncertain,” Naveen Soni, a frequent flyer businessman, told IANS.

Prime Minister Modi had, on September 11, inaugurated the new terminal of the airport, which has a provision for handling international flights and passengers. The new terminal is actually in Punjab’s Mohali town.

“We all want the international flights to start operating from here. It is long overdue. We have heard that one of the airlines will start their Dubai flight some time in February,” Vikas Sharma, sales manager with Chandigarh-based Thakural Travels, told IANS.

Though the northern region, especially Punjab, has a large number of international travellers and Non-Resident Indians (NRIs), they have to depend mainly on Delhi’s Indira Gandhi International (IGI) airport for connectivity.

In the region, only the Guru Ram Dass Jee international airport at Amritsar caters to limited international flights. It connects to international destinations like Doha, Dubai and Ashgabat (Turkmenistan). Earlier, the Sikh holy city had flights to Birmingham and Toronto.