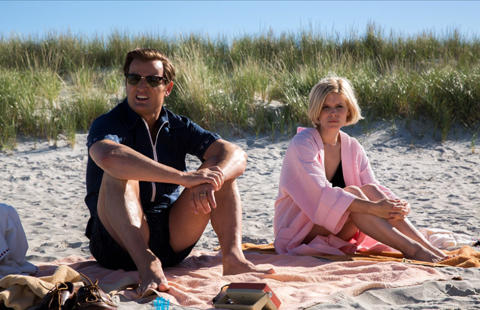 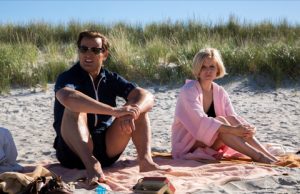 Some stories are better left alone. Revered and maligned the Kennedy family again resurfaces in the appropriately named D Films release of Chappaquiddick. Sure, to be a hit with gossip followers and political junkies this telling tale is now up for debate at the International Village Cinemas and select Cineplex complexes around B.C.

If you grew up in the 60s the world over knew who the Kennedy family was. Presidential DNA ran through the men’s genes. With just one leading man left Chappaquiddick shows how one wrong turn can (and did) set off a chain of events that led to national and perhaps even international ramifications and repercussions.

Thought to be the surviving saviour for Hope and all good liberal causes Massachusetts Senator Ted Kennedy seemed destined or even was thought to be on a path to be ordained as the future American president. Able to wrestle with all sorts of issues Jason Clarke comes of age when the good Senator becomes embroiled in a political scandal like no other. Based on real events Chappaquiddick reveals how a night of partying and a wrong turn led to an innocent death and all sorts of second-guessing and a cover-up of momentous proportions.

Few things stay quiet in Washington. With the death of innocent political staffer. Mary Jo Kopechne inside Senator Kennedy’s car it’s intriguing to see how this scandal began and unfolded all under the eye of the public, political insiders and the Yoda – like presence of an overbearing Joe Kennedy as played with a confining force by an almost unrecognizable Bruce Dern.

Sympathy will go out to Kate Mara as the victim of a momentous mistake. Less charitable will be directed towards a fabled American politician who, as a line from the famous Beatles hit I Should Have Known Better goes. Indeed, this once upon a time Lion of The Senate comes off as not exactly being truthful. Watch a tarnished image burn deep on the soul of a nation in this quite telling re-opening on a national wound.