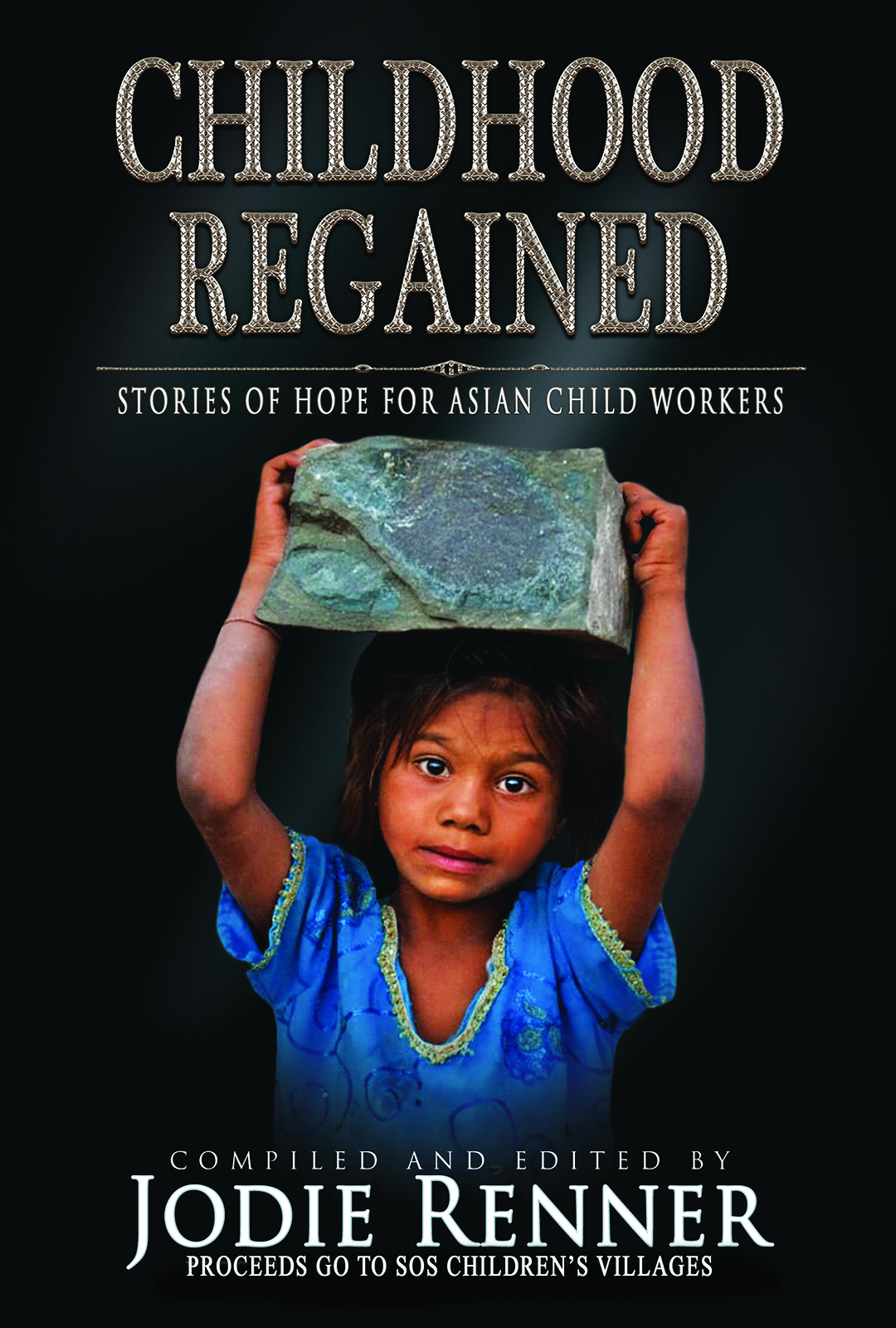 Compiled and Edited by Jodie Renner

The International Labour Organization (ILO), UNICEF and many government and non-government organizations struggle to overcome the blight of child labour and slavery around the world, and progress is being made. According to the ILO, the global number of children in child labour has declined by one-third since 2000, still leaving 168 million trapped in situations of child labour, including slavery, trafficking, debt bondage and other forms of forced labour, forced recruitment for armed conflict, prostitution, pornography and other illicit activities. Seventy-eight million of them are in Asia and the Pacific, with Sub-Saharan Africa still the highest incidence at fifty-nine million.

As impressive as the progress is, it’s still hard to really understand the reality of such enormous numbers. To paraphrase Stalin, the death of one is a tragedy; the death of a million is a statistic. So it takes reading about the experiences of individual children to fully realize these are very young people, struggling to survive.

That’s exactly what Jodie Renner, a BC author, educator and editor has accomplished in releasing a compilation of fictional stories that exemplify the problems of those millions of individuals trapped in this life.

“I came across a story about Iqbal Masih,” said Renner. “He was a Pakistani slave worker who was sold to a carpet weaver at the age of four by his father for a pittance. He escaped at the age of ten and began to speak out about child labour. Somebody funded a trip for him to go to the States, where he talked about the problem. Shortly after he returned, while riding his bicycle with his friends, he was shot and killed. Pretty well everyone assumes he was killed by some factory owners. He was twelve years old.” 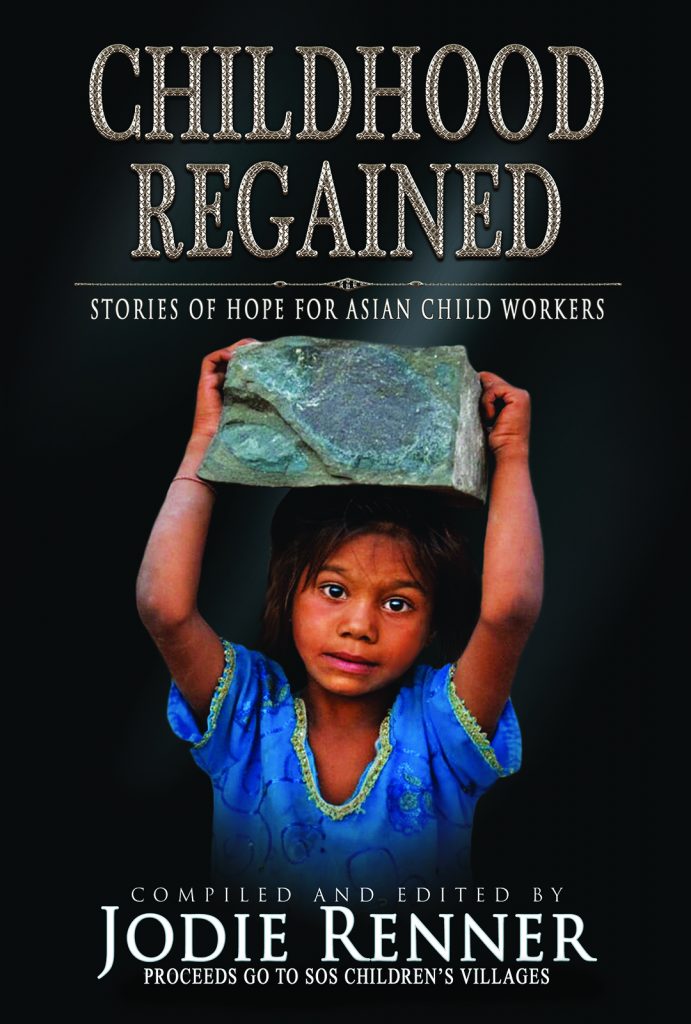 Renner, a former teacher and librarian, now author and editor, said it was then she got the idea for the book.

“I’m good at editing, good at organizing writers, and I thought that this is a way I could help the world with my skills,” she said. “I was researching the subject of children, many as young as five years old, working in carpet factories for little or no pay. The reason carpet factories want small children to work for them is because they have little fingers and can tie tiny knots. So they often tie the knots for twelve to eighteen hours a day, seven days a week, until their fingers bleed, sleeping among the carpet looms and generally living on two small meals a day.”

Renner put out a call for submissions to the project on Facebook and her blog, and ended up with stories by writers from all around the world, including one from India.

“After I compiled the stories into an advance readers’ copy (ARC),” she said, “I sent it to volunteer beta readers, three of whom are from India, who gave us valuable advice. They told us what they liked and helped us correct what wasn’t quite accurate. That was very reassuring.”

“The stories take place in South Asia—Nepal, Pakistan, India and Bangladesh,” Renner said. “Several of our writers have lived in developing countries. One of them, Peter Eichstaedt, is an award-winning journalist and author who spent two years working in Afghanistan, and another, Sanjay Deshmukh, lives and works in Mumbai.  Several of the authors contacted me because they had spent time in South Asia and Southeast Asia.”

“We all took the research aspect seriously,” said Renner, “because I wanted to be absolutely authentic in the writing and storytelling. I didn’t want to be seen as one of those meddling North Americans who think they know what’s best for people in other countries.”

Here are three short excerpts from the twenty-one short stories in the book:

Life Study in Charcoal by E.M. Eastick: Thirteen-year-old Sanjeev is smart and spirited. His twelve-year-old brother Rajit speaks only through pictures, but his fascination for drawing distracts him from working. If Sanjeev can’t motivate his brother to work, they risk falling behind in their shared job of ‘distressing’ jeans with chemicals in the basement of the Dakha garment factory. And if they fall behind, the factory owner will beat them and maybe throw them out on the street. When a fire breaks out in the factory and Sanjeev can’t find Rajit, he fights back his panic to help others escape.

Invisible by Sarah Hausman: Nine-year-old Sumeet leaves his home in a small village to go to work in a carpet factory in Kathmandu, Nepal. Hoping to help his family, Sumeet enters into a life of long work hours, hunger, and bullying from an older boy, Nirav. Alone and afraid, Sumeet meets twelve-year-old Ashna, who becomes his closest friend. Together they find ways to survive the factory life. But when Ashna falls ill, Sumeet isn’t sure he can make it alone.

Funny Dance by Sanjay Deshmukh: Ten-year-old Vijay is forced by family circumstances to go to work in a firecracker factory. In two years, Vijay progresses from cutting and pasting paper to the dangerous job of mixing chemicals to prepare gunpowder for firecrackers. His only escape lies in entertaining himself and the other children in stolen moments with his silly songs and funny dances.

“We need to appeal to readers in developed countries because they’re the ones with the money to help,” says Renner. “These stories have to be accessible to North American, British and Australian school children, as well as teachers, librarians and the general public. Our goal was to represent the authenticity of life for these struggling children in order to appeal to readers in a position to help or donate money.”

Renner said the book is aimed at young people in grades six to ten, as well as school and public librarians, teachers, anyone involved with charities or churches, and the average citizen with a social conscience.

“I already have quite a few teachers who are very enthusiastic about it and are sharing the stories with their classes,” said Renner. “Besides the stories, the book also has guidelines for teachers and librarians, factual information, suggested study questions for each story, and possible answers to the study questions.”

Childhood Regained, which came out on May 10, is sponsored by SOS Children’s Villages, who will receive all net proceeds from the sale of the book. It’s available on all Amazon sites and in bookstores, and wholesale through Ingram Content Group, Baker & Taylor, CreateSpace Direct, Red Tuque Books and Cobalt Books (cobaltbooks.net).