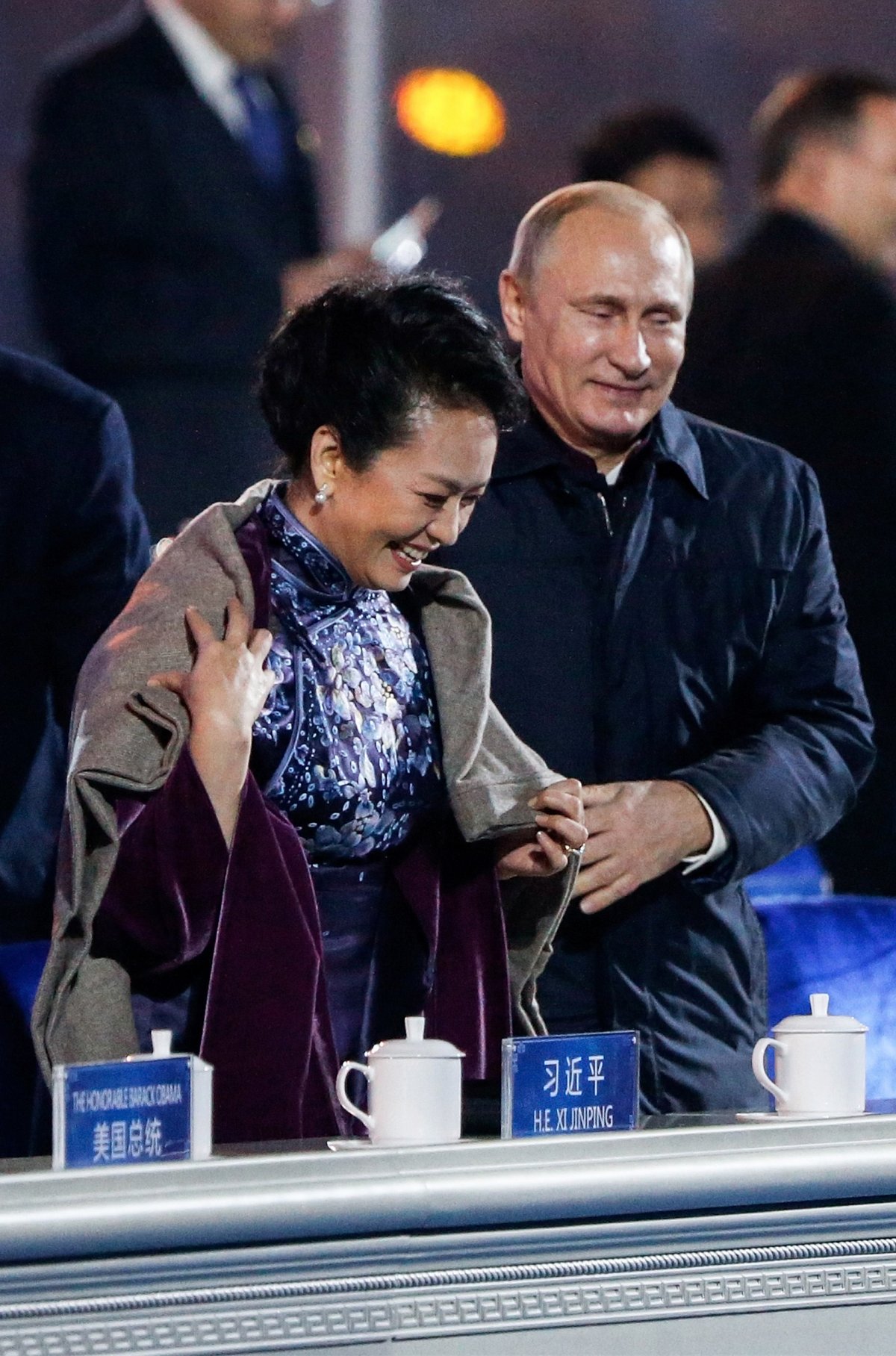 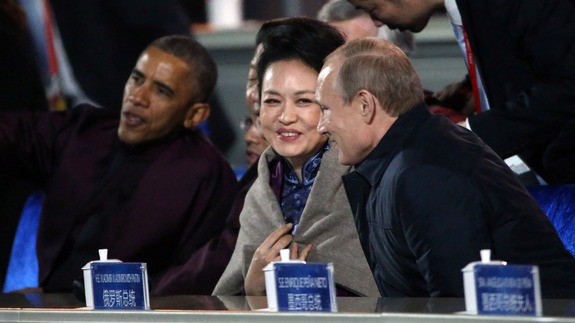 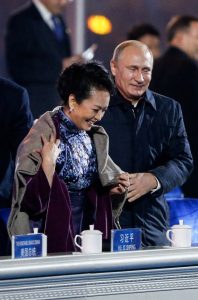 Beijing: China has censured a video on the internet showing a chivalrous Russian President Vladimir Putin covering the shoulders of Chinese First Lady Peng Liyuan with his coat during the gala dinner at the opening of the Asia Pacific Economic Cooperation Forum (APEC).

Chinese media outlets went wild over the incident Monday and the video was broadcast on social media under the hashtag “Putin gives Peng Liyuan his coat”.

The state TV channel CCTV captured the scene on the cold November night, while 21 world leaders gathered with their wives for dinner at Beijing’s Water Cube, where swimming events were held in the 2008 Olympics.

Peng, a general of the Chinese People’s Liberation Army, shivers as she takes her seat next to Putin and while her husband, Xi, who is sitting to her left, is busy talking to his US counterpart Barack Obama, the Russian leader reacts swiftly and wraps his coat over her shoulders.

Peng smiles, thanking him, and soon after shrugs the coat off.

But Chinese censorship, keen on protecting the image and the personal lives of the country’s leaders, was quick to wipe out any trace of the intimate moment between the recently-divorced Putin and Peng.

The US embassy’s air quality monitors in Beijing have also been censured these days, after Chinese authorities went through great pains to ensure blue skies during the APEC summit.

But the press room where journalists from all over the world are covering the summit in China’s Convention Centre enjoys free internet and access to banned websites like Facebook and Twitter, enabling reporters to see the more human side of the Kremlin boss.