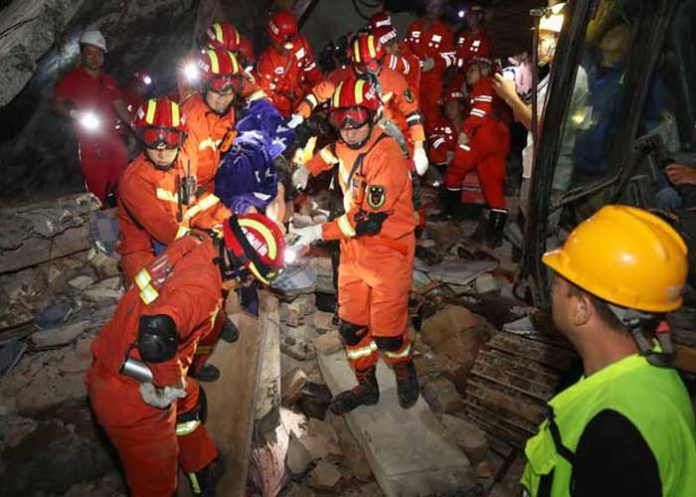 Beijing: As many as 13 people were killed and 199 others injured in a 6-magnitude earthquake that hit China’s Sichuan Province, the Ministry of Emergency Management said on Tuesday. The earthquake hit the Changning county at 10.55 p.m. on Monday.

As of 4 p.m. on Tuesday, 20 people trapped in the debris were rescued and 731 evacuated, according to the ministry, Xinhua news agency reported.

Safety inspection and rescue efforts are underway, with fire-fighters rushing to the quake-hit regions to conduct rescue and search operations.

The China Earthquake Administration has deployed 80 people in the quake-hit regions for real-time monitoring and damage assessment.

Meanwhile, the ministry and the National Food and Strategic Reserves Administration have dispatched 5,000 tents, 10,000 folding beds and 20,000 quilts to the quake-hit areas.

The earthquake had affected 142,832 people and destroyed 73 houses, the ministry said.