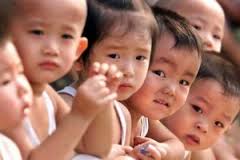 Courts across the country will harshly punish criminals targeting children in a number of trials ahead of the New Year, Zhou, president of the Supreme People’s Court (SPC), said at a conference in Shanghai on juvenile courts, reported Xinhua.

Zhou said those responsible for child trafficking, organised begging, child molestation and rape will be harshly punished according to the law.

Zhou called on local courts to use data analysis to find regular patterns of such crimes to help prevention efforts.

“The courts should step up such analysis and then work with relevant agencies on crime prevention,” Zhou said, citing child trafficking as an example.

On juvenile crimes, Zhou said over 1.5 million minors have been sentenced by juvenile courts over the past 30 years and most of them have become law-abiding citizens after education and correction.

Only two percent of the juvenile offenders have reoffended after being released, far lower than the rate for all criminals, he said.