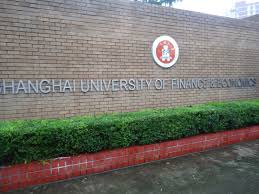 Shanghai, July 15 (IANS) Taking a cue from Shanghai’s efforts to promote innovation and business startups, a group of students in this Chinese metropolis have hit upon the idea of an “insurance product” for learners who fail in exams.

The students — Guan Lingzi, Xu Yecheng and Shao Tianyu, all finance majors at the Shanghai University of Finance and Economics — said they came up with the insurance idea just for fun.
It all started after Xu fared badly in the exams last month.
“He joked that if there was any insurance for failing in the exams, he would have bought it and got some comfort,” Guan told Shanghai Daily on Tuesday.
“His words set our minds working and we came up with the idea. We just realised that other students might be feeling the same way as Xu,” she said.
The trio worked out the details of the scheme after checking out the rates of failure among students in recent years. Subsequently, they created a WeChat account to operate the “business”.
As per the scheme, students would have to pay five Yuan ($0.8) for each course through WeChat, which also sends out a confirmation message. They would then receive 30 Yuan if they failed to clear the final examination.
To make the scheme “attractive”, they decided that insurance buyers who scored over 90 points out of 100 in the examinations, would be rewarded with 20 Yuan ($3.2).
“By developing this insurance package with such a small sum of money, we are not encouraging students to blow their exams, but to help them to relax before the exams,” Guan claimed.
Since they started off on June 24, about 150 students have entered the scheme.
“When I got to know about the insurance project, I thought it was a really interesting one and did not hesitate to buy it,” Xu Zhifeng, a sophomore from the university’s law school, said.
“Thirty Yuan compensation is not a big sum of money but buying the insurance did give me some kind of psychological comfort,” Xu said
Liu Jinquan, a local lawyer, however, warned of the consequences: “If it is just for fun in the school, it can be simple and easy but if they plan to develop it into a company, it will have to be supervised by the authorities.”