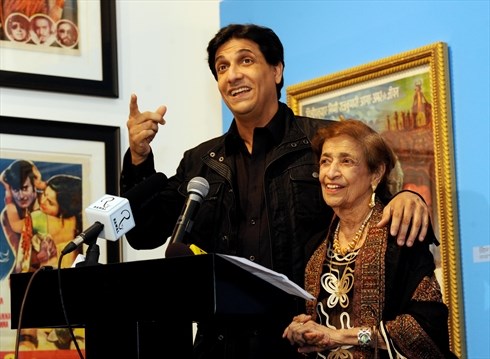 On behalf of our community, Asian Journal condoles the passing of 99-year-old Puran Davar, the mother of the community’s and the country’s leading dancer and choreographer, Shiamak Davar, who is also regarded as the guru of contemporary dance in the nation.

Puran Davar breathed her last in the early morning hours of September 23, 2021, passing away due to age-related illness. Celebrities across the nation and the world came together to share their condolences on social media platforms.

Shiamak, who is known for his close bond with his mother, is celebrated for revolutionising dance in India. Shiamak has been the recipient of the National Film Award in 1997 for his work in the film Dil to Pagal Hai. In July 2011, he received an honorary doctorate from Middlesex University in recognition of his contribution to the Indian Entertainment Industry and the world over.

In addition to having choreographed for numerous hit Bollywood flicks (Taal, Bunty Aur Babli, Dhoom 2, Taare Zameen Par, Bhaag Milkha Bhaag, etc), Shiamak has also directed, designed and performed at global events like the Closing Ceremonies of the 2006 and 2010 Commonwealth Games, the World Economic Forum, Davos (2006) and gained the appreciation of personalities like Bill Clinton who said, “The world must see you.”

One of the big reasons I like Shiamak is that his mother was the No.1 person in his universe. She was there for his every show. From Australia to Canada, England to the UAE, and Germany to Singapore. If Shiamak was on stage, then Puran Aunty just had to be there, proudly sitting among the audience. It was not that in her galloping old age Puran Aunty wanted to jet around the world and take in the sights. But that the mother and son were simply inseparable. I have known him to fly across the world and back in 24 hours just to be with her on her birthday.

It was Puran Auntie’s undying goal to see her son perform. She never tired of watching Shiamak sing and dance. And she lived that joy every time he performed. Whether it was at a Bollywood Awards Nite or for the UN’s Earth Summit. She was like Shiamak’s buddy. His driving force and powerhouse. The first person he looked out for in a darkened auditorium when he came on stage. Did that make him a Mama’s Boy? Unblushingly yes! But I liked that Shiamak openly showed his affection and devotion for his old mother in public. I’m heartbroken for him. Go gently, Puran Aunty. RIP.”