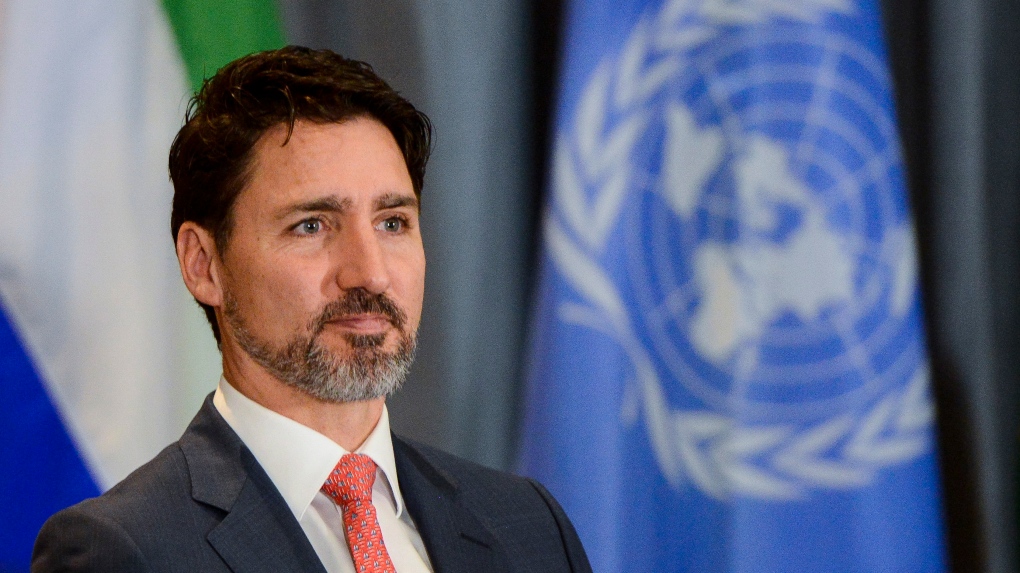 A second wave of COVID-19 is likely coming, and if Canadians want to avoid more pandemic-induced lockdowns, they need to do their part by wearing masks, Prime Minister Justin Trudeau said on Thursday.
Pandemics usually produce more than one surge in infections, Trudeau told reporters in Ottawa, so governments need to be ready to rapidly test people, trace their contacts and isolate positive cases.
But he added that individuals also need to contribute.
“We know there is more to do, and as we reopen, we know that citizens will continue to be extremely vigilant and careful about how they act, because that is going to be a key part of keeping us safe moving forward,’’ Trudeau said.
Canadian authorities have been sending mixed messages on the need for the public to wear masks. Seven weeks ago, chief public health officer Dr. Theresa Tam told citizens that people who are not sick should not be wearing face masks at all.
But now, as economies across the country reopen and people begin spending more time outside and in shops, public health authorities are encouraging everyone particularly in cities such as Montreal with high infection rates to wear a mask when physical distancing is not possible.
On Wednesday, Tam recommended Canadians wear non-medical face masks in public when they aren’t sure they will be able to physically distance.
Ottawa-area resident Crystal Smalldon said people in her city are taking the advice from public health authorities “very seriously.’’ Smalldon runs a Facebook group to help people in her area during the pandemic and recently began communicating with companies in her network that have retooled their operations to make personal protective equipment.
The Facebook group has a form that members can use to order and purchase equipment, at cost. She said that since Tam’s news conference on Wednesday, her group has received 16,000 requests for masks.
“I believe that our community understands how important it is to protect other people,’’ she said in an interview. “If you’re wearing a mask, it’s not about yourself, its about the people around you.’’
In Toronto’s west end on Thursday, several people standing in line at big box stores were wearing masks.
“The last thing I want is to give (COVID-19) to someone else if I have it,’’ said Manny Reilly. “It’s really not a big deal to wear a mask.’’
Mary Johnston said, “I’ve been wearing masks for a while now. It makes you wonder if we all should have been doing this since March. Would that have made a difference?’’
Rob Pierce, however, said he’s still considering it.
“It seems like the government has been saying for months that masks don’t help, but now they supposedly do? If it is that important, maybe it should be the law, like the social distancing rule,’’ he said.
Several studies have indicated that wearing masks can slow the spread of COVID-19 by helping to block water droplets containing the virus from being dispersed into the air. A new study from the University of Edinburgh indicated masks without an outlet valve can reduce the frontward flow of a deep breath by up to 90 per cent.
But the study also indicated that only masks with a tight seal to the face can fully prevent viral particles from seeping out.
Speaking to reporters in Ottawa Thursday, Tam said “this is quite a difficult period’’ as Canadians grow fatigued from isolating at home, which can lead them to forget the core public health directives.
“Right now is not the time to forget,’’ she said.
Canada doesn’t have a particularly high immunity rate from COVID-19, she said, because most of the population has not contracted the virus. That means “there will be susceptible people, and if they reignite a chain of transmission, you have to jump on that really fast,’’ she said.
“This virus can accelerate really quickly.’’
Saskatchewan and Manitoba made moves Thursday to reopen more of their economies. As of June 8, restaurants in Saskatchewan will be allowed to operate at half capacity and restrictions will be lifted on some personal care services, childcare centres and places of worship.
In Manitoba, Premier Brian Pallister released a draft plan Thursday for a second phase of reopenings that would allow bars, dine-in restaurants and gyms to open their doors, but he did not set a date for the changes.
In Ontario, Premier Doug Ford expressed frustration Thursday after his province’s testing rates continued to drop and lag well behind capacity. Ontario completed 10,506 tests in the previous day, marking a fourth straight day it fell short of its goal of doing at least 16,000, and well short of its capacity of more than 21,000.
“It’s frustrating, believe me it’s frustrating,’’ Ford told reporters. “But in saying that, I do have confidence in Ontario Health and with the public health (officials).’’
Ontario reported 413 new COVID-19 cases Thursday, and 31 more deaths. That brings the province to a total of 24,187 cases, which is an increase of 1.7 per cent over the previous day.
Quebec, the province with the most COVID-19 cases, announced 82 more COVID-19 deaths, bringing the provincial total to 3,800, but Legault noted some of those deaths happened as much as five days earlier. Quebec also added 720 new cases for a total 45,495 positive cases across the province.

By Giuseppe Valiante
The Canadian Press